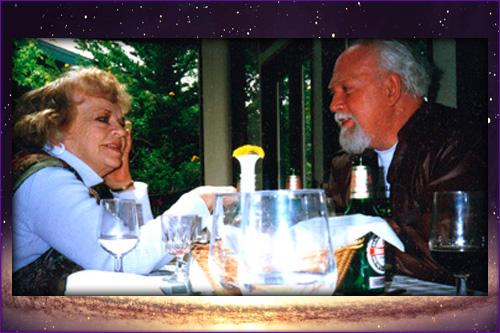 David: Could you talk a little bit about what it’s been like being married to Bob?

Arlen: It’s been a trip. He has opened me up to many things that I wasn’t aware of before, and vice versa. We make a good team. We’re very different, but we’re also very much alike. I think that lays a foundation for good communication. I’m happy that I married him. I haven’t regretted it, except for the briefest seconds, when he just can’t lie. This man just doesn’t lie, and flubs when he tries. He can’t do it.

If I ask him to say I’m not in when the phone rings, he can’t do it convincingly. He hates to be put in a position where he’s supposed to be dishonest. So I guess I’ve become more truthful since knowing him. I’m not saying he’s a saint, or has never lied, but it’s so rare. Usually, when he tries to do it, his eyes bug out, his face gets red, and he can not, absolutely can not, dissimulate with cool and calm.