Marlis Jermutus, also known simply as Ma (short for Malerin, the German word for painter), was born in the West German town of Wesel in 1942. She began her professional career as an artist in 1970. Marlis began an artistic journey shared by her contemporaries, German artists Rigo and her neighbor in the Neiderrhein region, Joseph Beuys. These artists chose to transform the experience of the suffering and oppression of war through the healing freedom of artistic expression. Beuys believed there was a “science of freedom” in art. Marlis sought that science through a combination of Eastern art and philosophy, and in new writings in Western thought, especially the work of physicist and systems theorist Fritjof Capra, psychologist and psychedelic pioneer Timothy Leary, and the many speculations of writer Robert Anton Wilson.

Marlis developed an artistic style that succeeds in expressing her intuitive inner vision in a form once described by a reviewer as “Calligraphic Landscapes.” Marlis was a founding member of Germany’s national artist’s union BBK (Niederrhein 1971) and the artist’s collective Kuenstlergruppe Egal (Berlin 1987). She was the artistic director for the five day World Religion Festival commemorating the fall of the Berlin Wall, The Power of Vision (Berlin-Potsdam 1991). Since 1970, she has exhibited her paintings in Europe and America. Marlis also plays tamboura for the music group Starseed.

Marlis became friends with both Timothy Leary and Robert Anton Wilson, and indeed some indirect credit for the existence of Hilaritas Press goes to Marlis for introducing Richard Rasa to Bob. Rasa and Bob became close friends, and Rasa’s love for RAW and his family eventually led to RAW’s daughter Christina and Rasa creating Hilaritas Press. 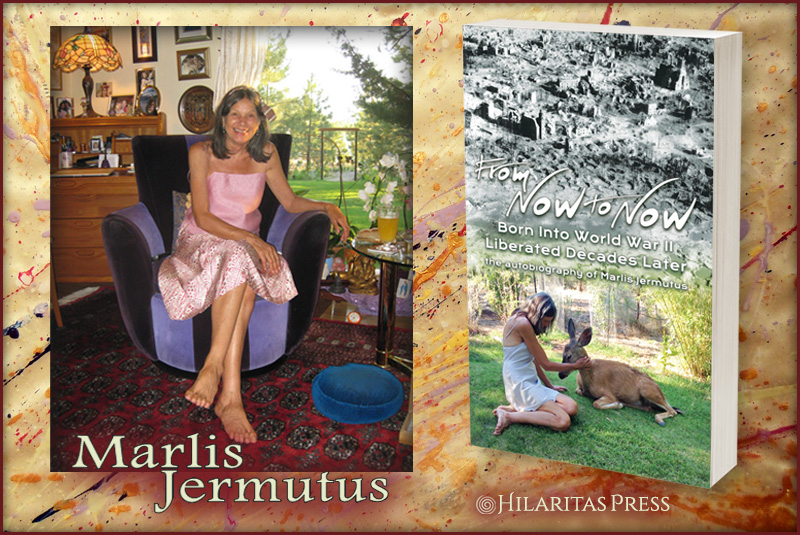 BTW, for some help in pronunciation, an absurd but easy-to-read transliteration of Marlis’ name would be: Mar-lease Year-moo-toos.” In From Now To Now, she writes, “In English you might describe the pronunciation as something like “Year-moo-toos.” The three syllables move the mouth first into a small smile, and then moves the lips into two small kisses.” 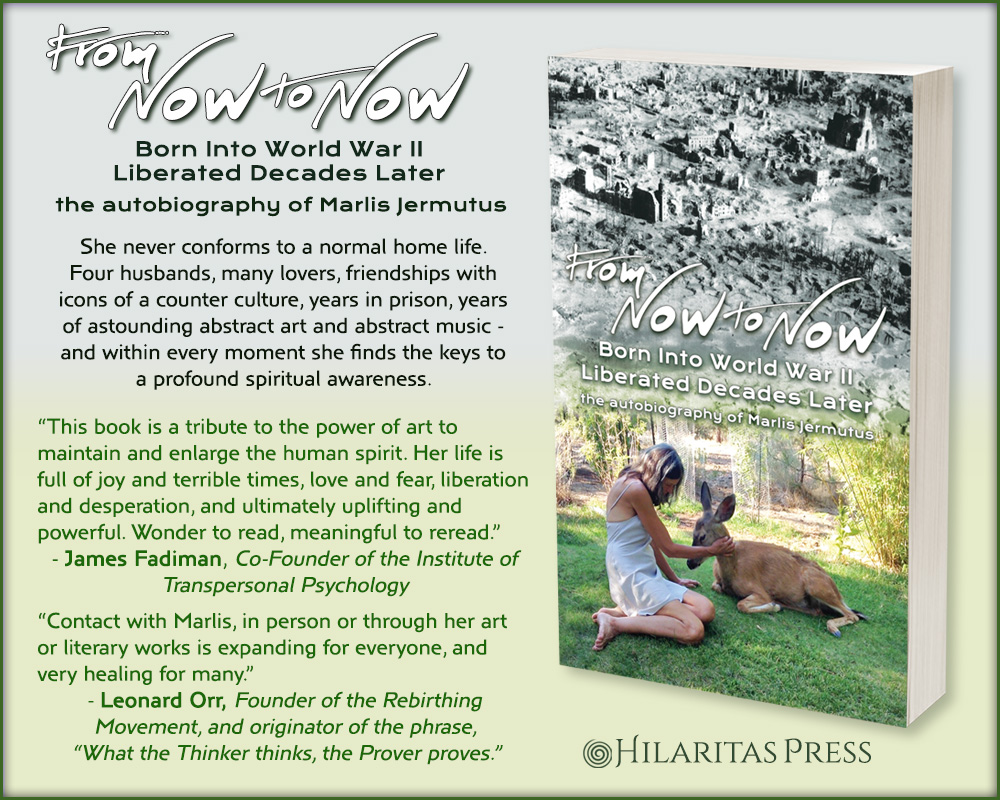 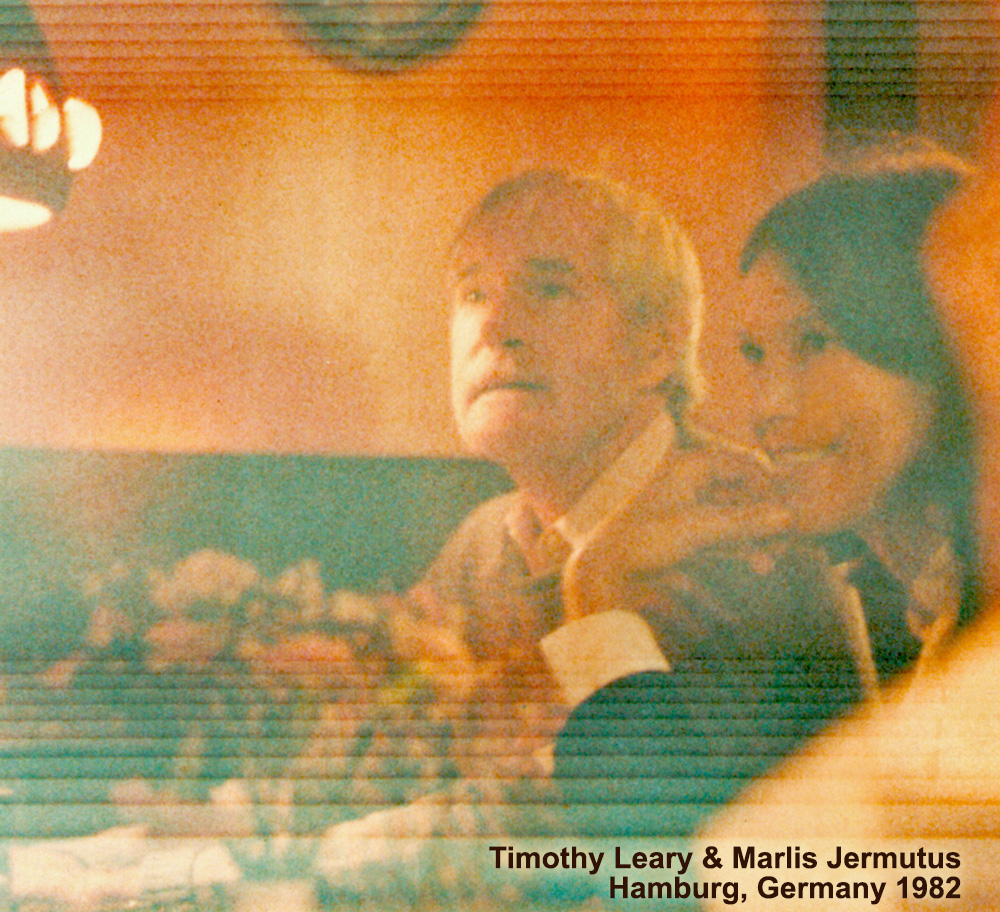 Marlis speaks about her art…

Marlis in her studio…

Marlis and her deer friends…