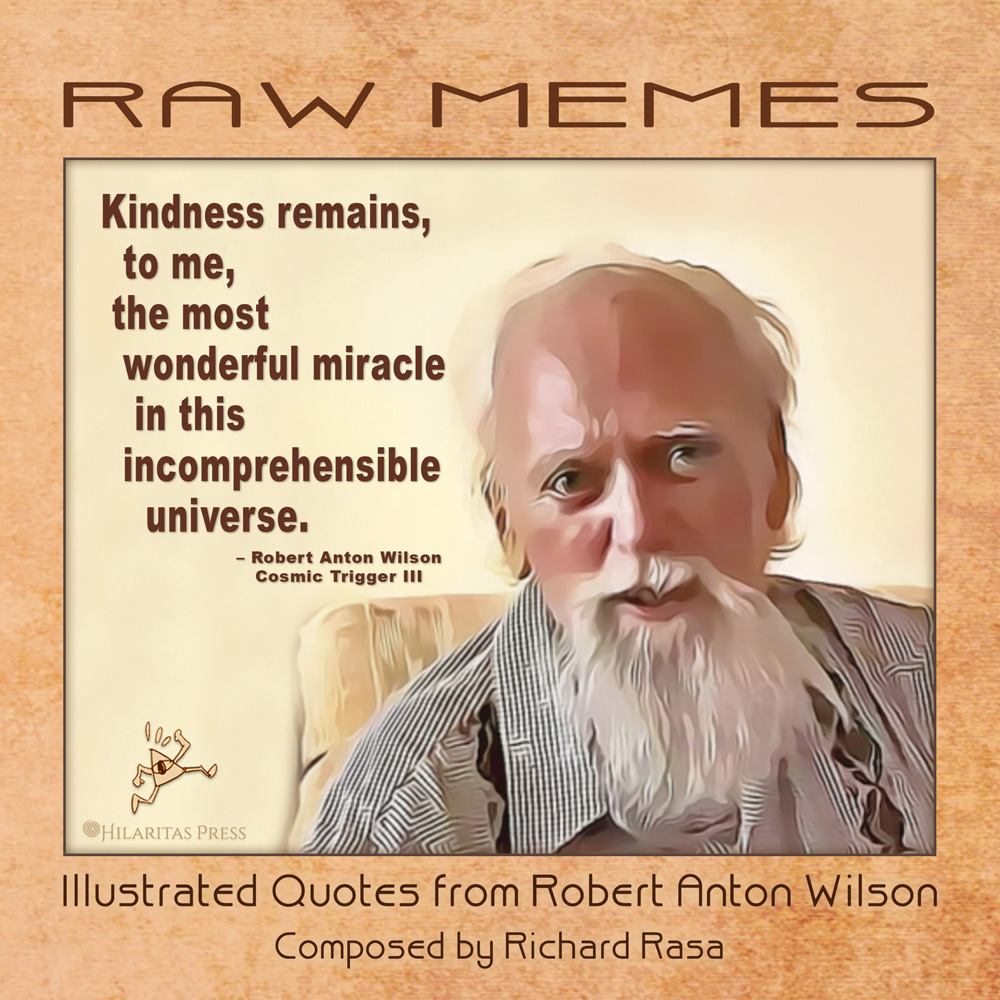 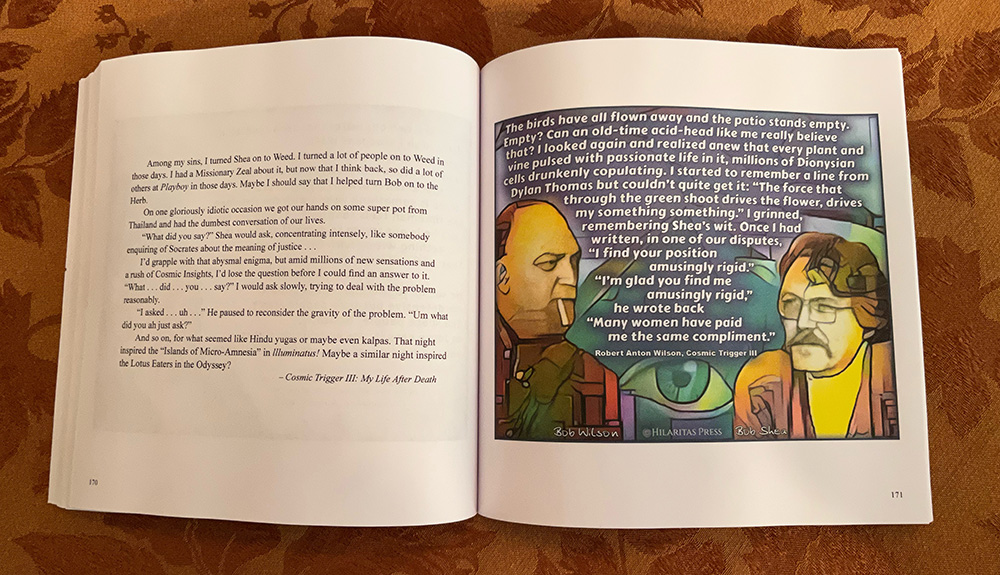 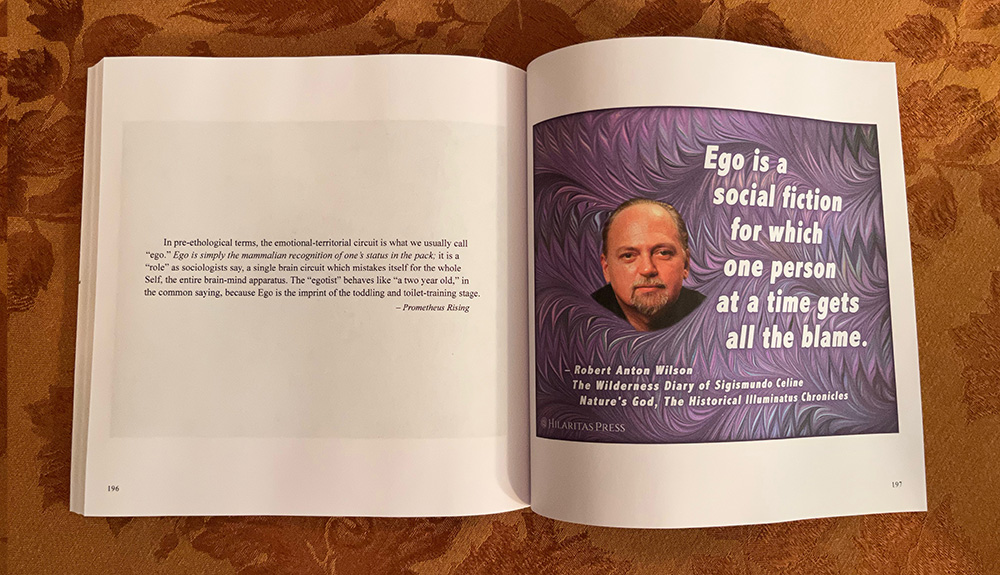 “When Hilaritas Press was launched, I was rereading Bob’s books, and making note of my favorite quotes. To advertise our new editions, I started using those quotes in memes. At the time of writing this, Hilaritas Press has published 20 books. I’ve created a couple hundred memes for Hilaritas Press, the RAW Trust and Flying Lasagna Enterprises. The memes in this collection of RAW Memes are my favorites.” – Rasa

Richard Rasa, musician, writer, graphic artist and close friend of Robert Anton Wilson, created over the years a series of memes for The Robert Anton Wilson Trust, rawilson.com, Hilaritas Press and Flying Lasagna Enterprises. Rasa’s illustrations were first used by Wilson for his satirical Guns and Dope Party campaign and website, and in his book, Email to the Universe.

RAW could fix the whole mess we’re in right now. The memes herein are the sigil magick and stand-up comedy that could re-orient both the alt-right and woke left to the hilarious precarity of their positions, all while teaching them how to delight in doubt rather than cling to certainty. I am thankful these transmissions are being published before it is too late. We need RAW now more than ever.
– Douglas Rushkoff, author, Survival of the Richest: Escape Fantasies of the Tech Billionaires, and Team Human

Befuddled by it all? Join the gang. I prescribe 23 minutes of RAW memes and the whole absurd shebang will finally make sense. Or at least make you laugh… Robert Anton Wilson is the craic where the light gets in.
– Daisy Eris Campbell, producer, director, actor, writer, creator of Cosmic Trigger the Play

These RAW nuggets of wisdom are the perfect tonic for this maddening moment. Microdose it or scarf the whole thing in one sitting. You won’t find a better guide for this perilous trip through 21st century time.
– R.U. Sirius, writer, editor, talk show host, musician and cyberculture celebrity. Co-founder and original editor-in-chief of Mondo 2000 magazine

Here’s the full cover of the print edition.

A few memes from the book… 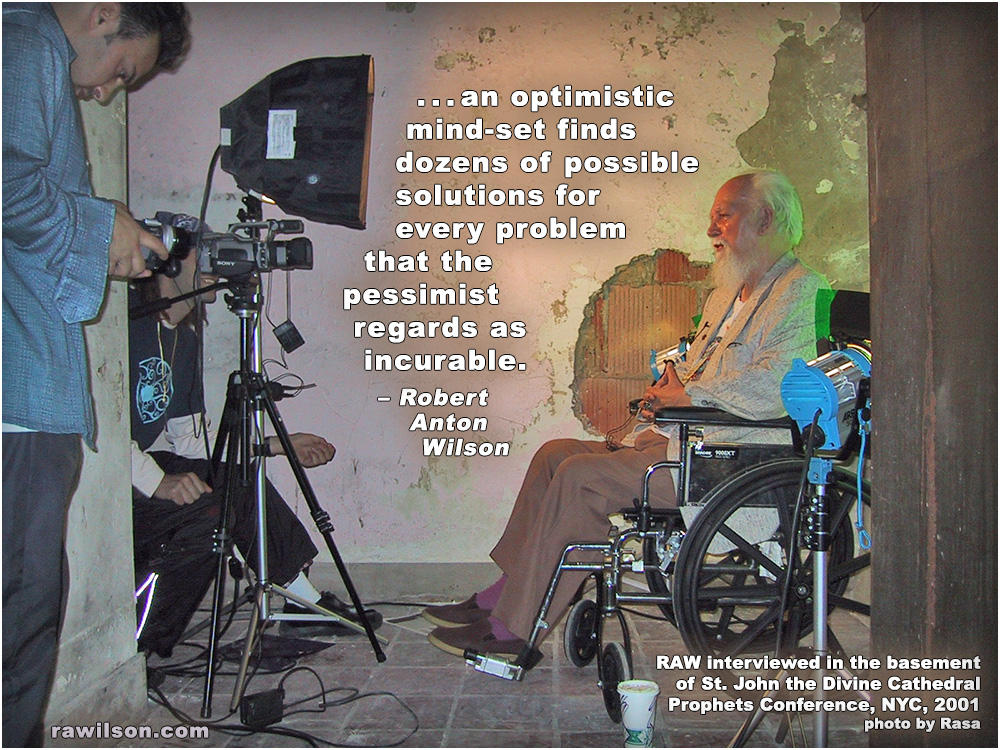 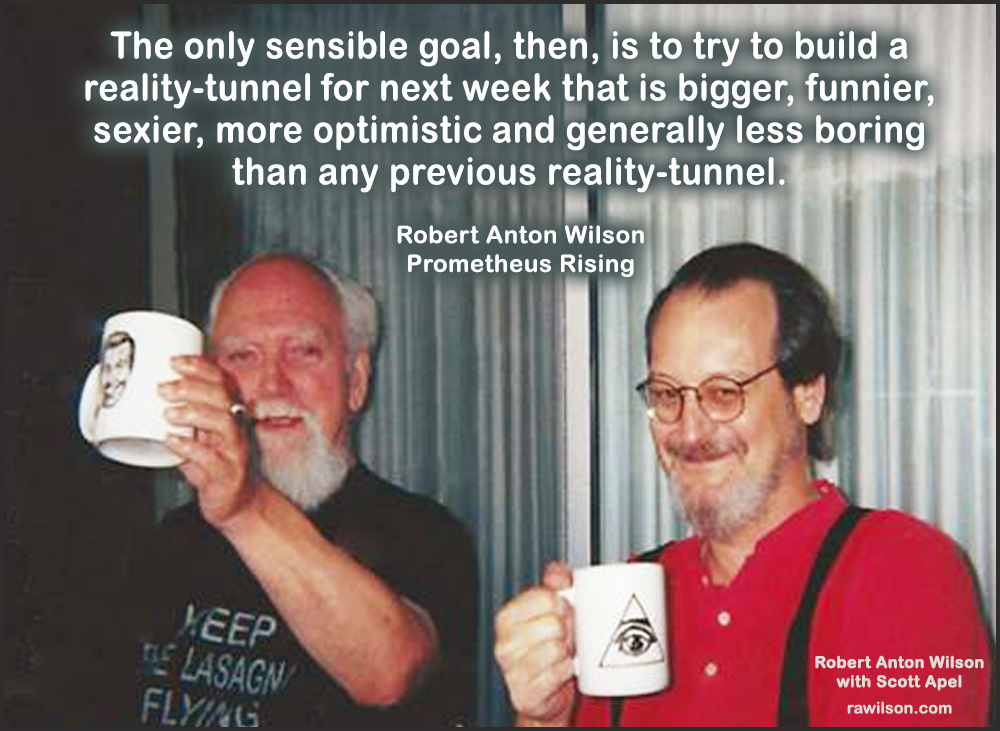 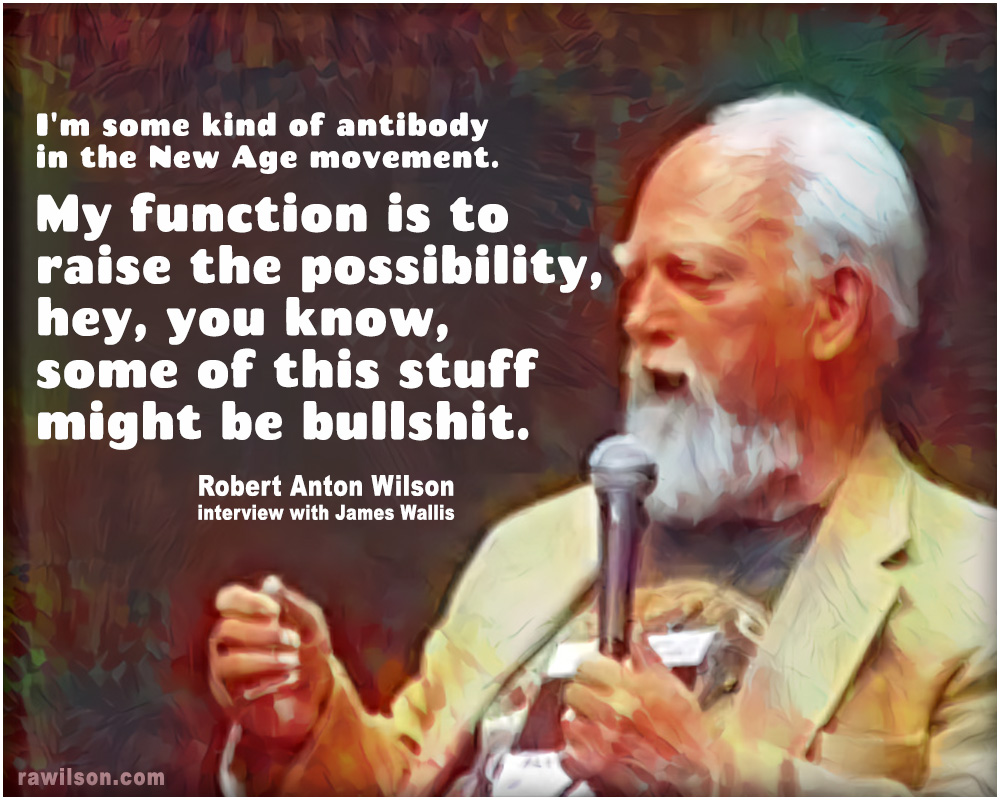 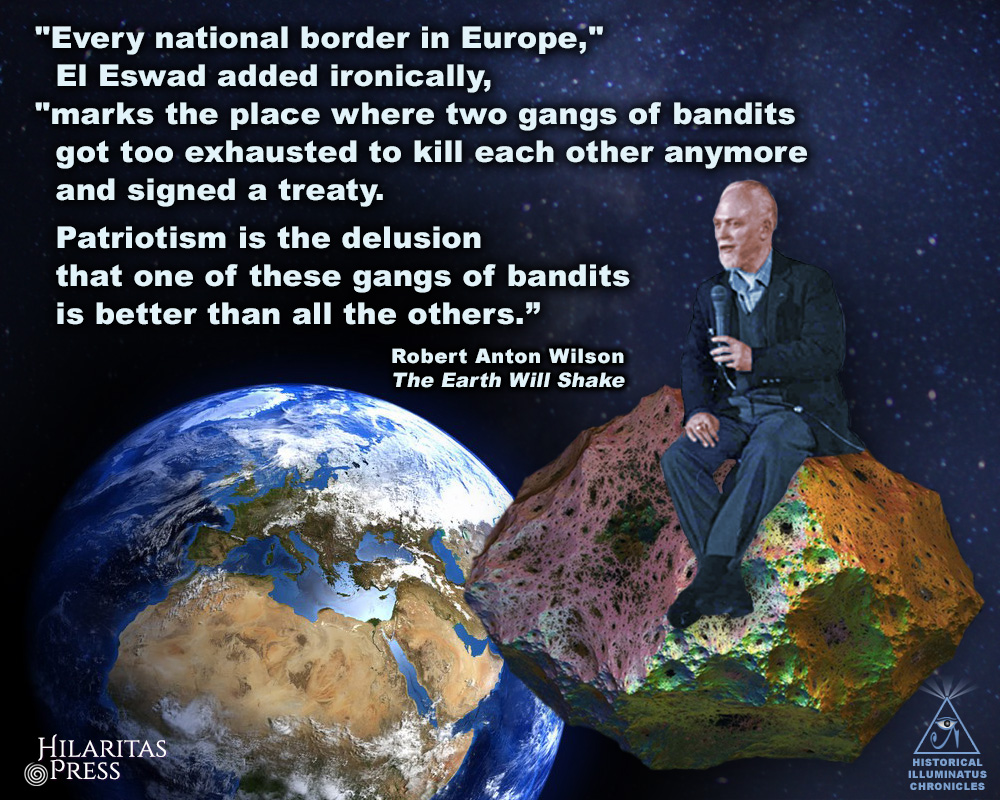 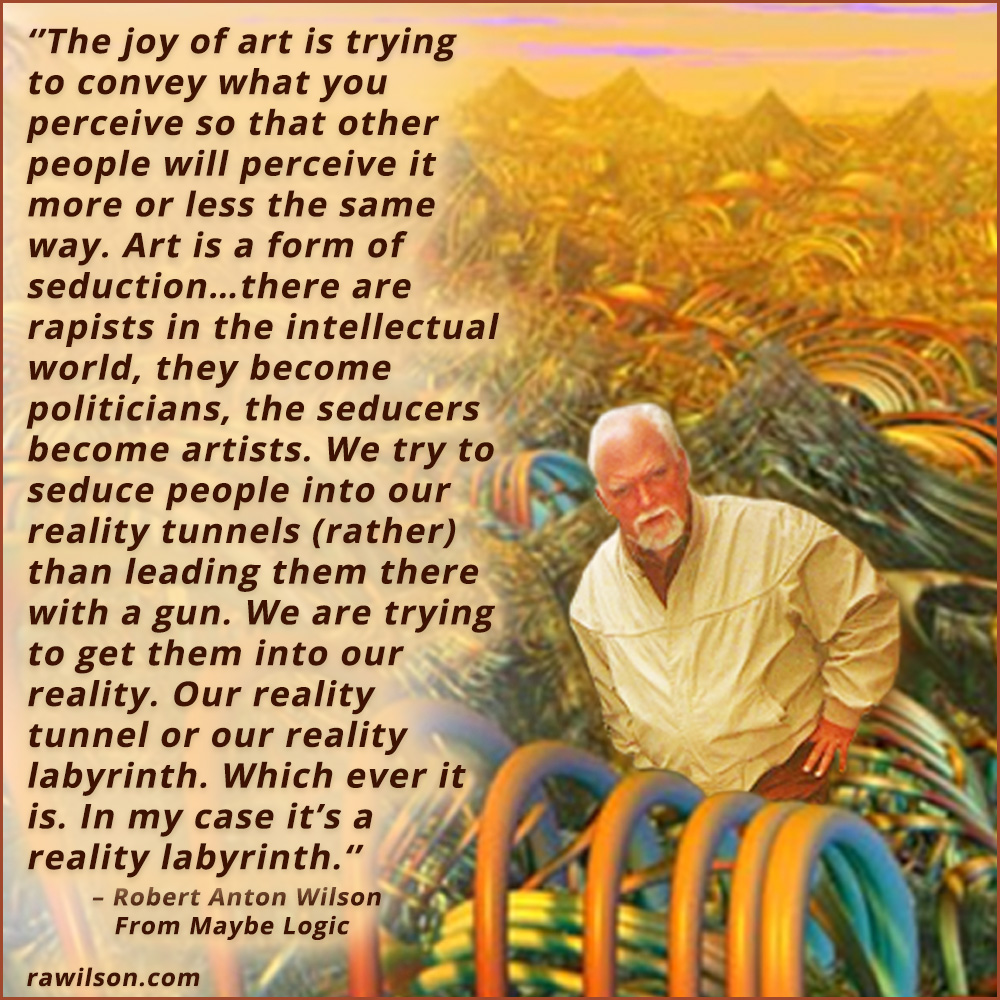 TSOG: The Thing that Ate the Constitution and other everyday monsters
Scroll to top