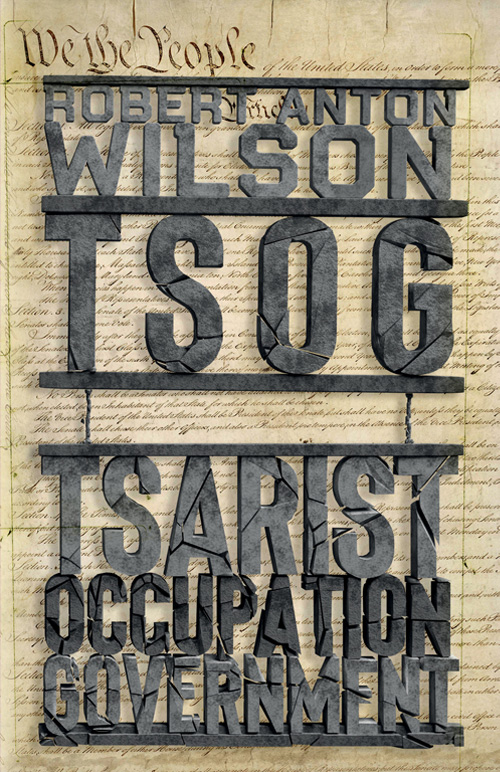 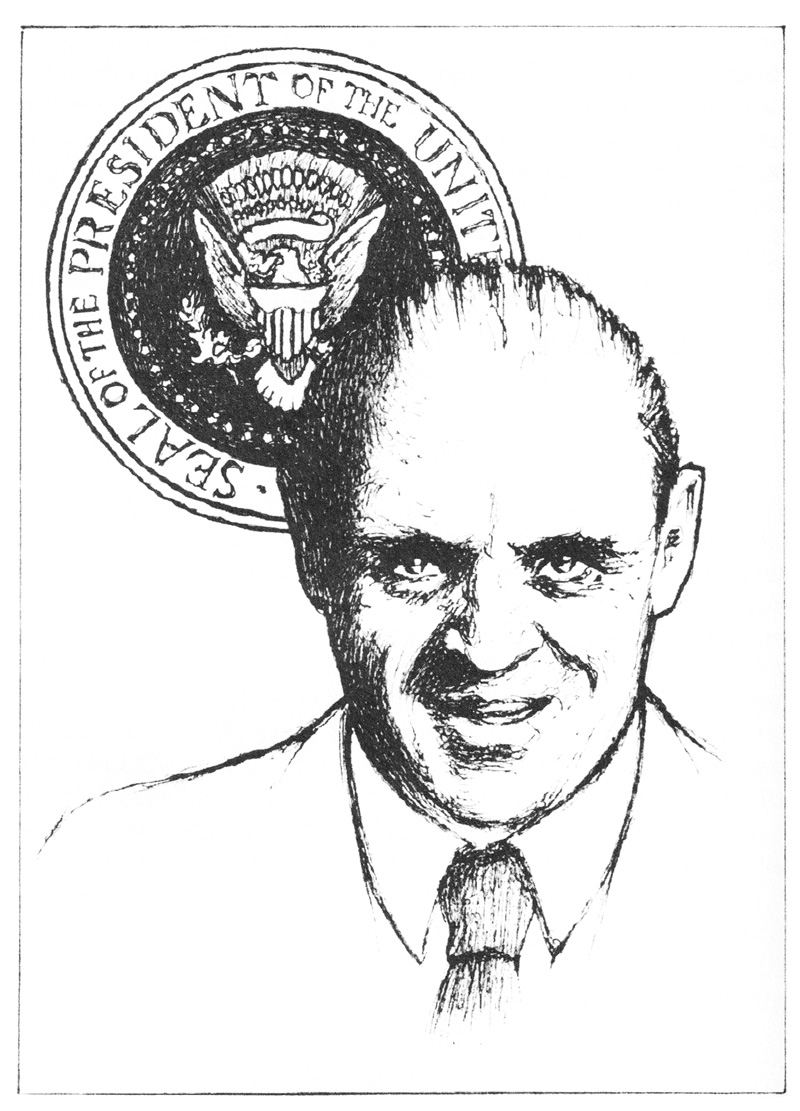 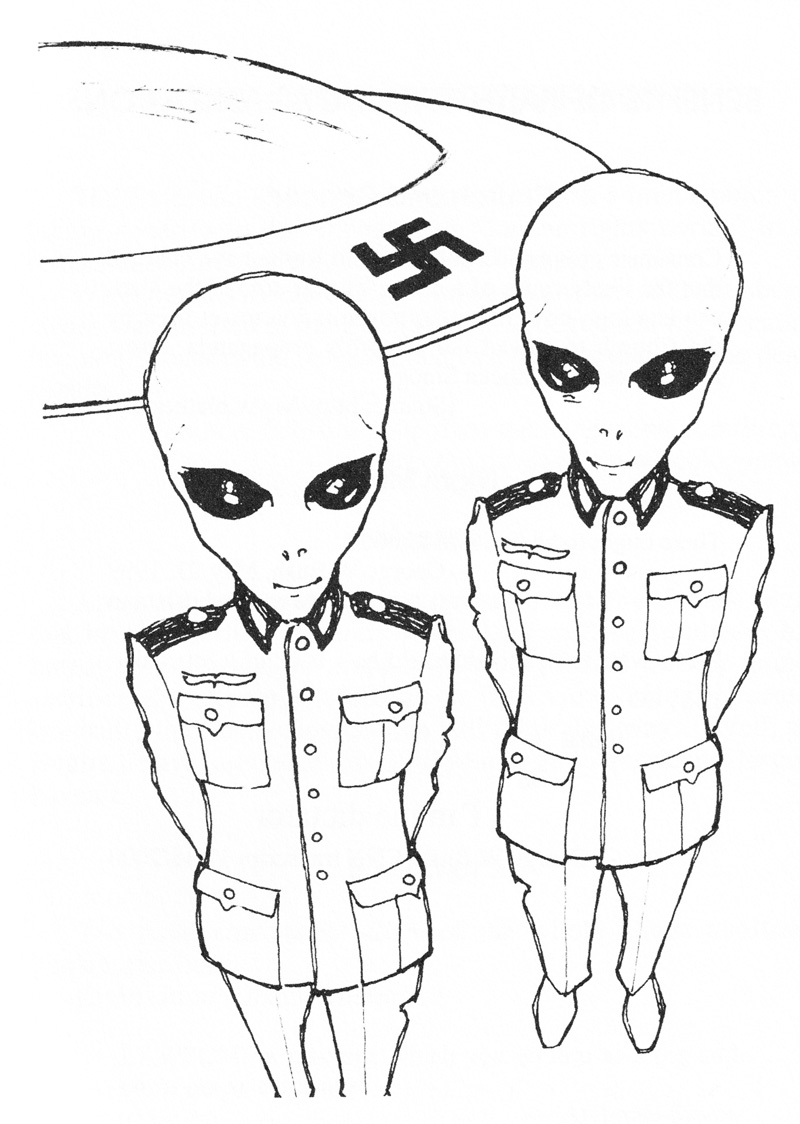 TSOG:
The Thing that Ate the Constitution
and other everyday monsters

For decades, right-wing anti-Semites have been incensed by the ZOG, or Zionist Occupational Government, that they believe ruled America. Wilson parodied that by imaginatively seeing America’s Drug Tsar as the direct successor of the Russian Tsars, ignoring the US constitution, and leading a Tsarist Occupational Government. Indeed, the story of a Nazi spy with ties to Mystical Tsarism becoming the CIA’s major asset in fighting the cold war with the Soviets begins this tale of America in 2002, at the start of America’s linguistically-challenged “War on Terrorism.” “Humans at war with ideas” sits at the heart of this amusing and disturbing volume where absurdity comes face to face with insanity. In one chapter, Wilson considers why mass murderer Hannibal Lecter would make a better president than George W Bush.

In examining the corroding effects of the American military-corporate juggernaut, Robert Anton Wilson notes, “Some may think I regard the Constitution as an almost sacred text. Not at all: I admit it has a few defects and blemishes. I just consider it a hell of a lot better than the system we have now.” 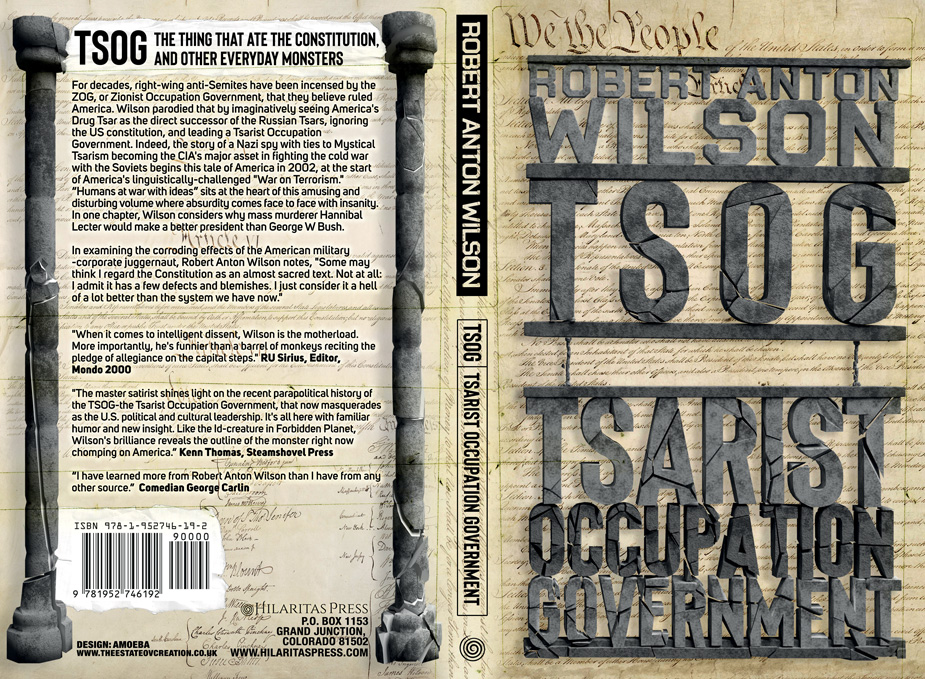 “When it comes to intelligent dissent, Wilson is the motherload. More importantly, he’s funnier than a barrel of monkeys reciting the pledge of allegiance on the capital steps.” — RU Sirius, Editor, Mondo 2000

“The master satirist shines light on the recent parapolitical history of the TSOG—the Tsarist Occupation Government—that now masquerades as the U.S. political and cultural leadership. It’s all here with familiar humor and new insight. Like the Id-creature in Forbidden Planet, Wilson’s brilliance reveals the outline of the monster right now chomping on America.” — Kenn Thomas, Steamshovel Press