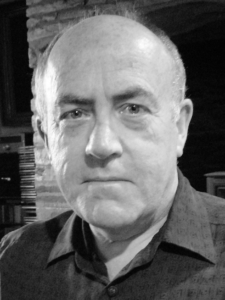 In this episode, host Mike Gathers, and podcast producer Ian Blumberg chat with Nicholas Murray. Murray is a freelance author and journalist based in Wales and London.  Born in Liverpool, he is the author of several literary biographies including lives of Franz Kafka, Aldous Huxley, Bruce Chatwin, Andrew Marvell and Matthew Arnold, five collections of poems, and two novels.  His biography of Matthew Arnold was a New York Times Notable Book of the Year in 1997 and his biography of Aldous Huxley was shortlisted for the Marsh Biography Prize in 2003.  His biography of Franz Kafka has been translated into nine languages.

Aldous Huxley once wrote a book urging, among other things, that there was great benefit to be obtained from intelligent use of the psychedelic “magic mushroom” of Mexico (Psilocybe mexicana). One Marxist critic commented sourly that the novelist’s message seemed to be, have fun with fungi. Huxley replied sharply that having fun with fungi was better than having idiocy with ideology.
– Robert Anton Wilson, Ishtar Rising

I originally got interested in mind-altering drugs due to an article in the most conservative magazine in the U.S.A., the National Review, edited by Roman Catholic millionaire William Buckley, Jr. Later, of course, Buckley and his magazine would attack drug experiments with neo-Inquisitorial fury, but back in innocent ’60 or ’61, they naively printed an article, by conservative historian Russell Kirk, reviewing Aldous Huxley’s Heaven and Hell, in which Huxley recounted how he had transcended time and space and experienced “Heaven.”

Huxley did it under the influence of mescaline, a drug derived from the “sacred cactus,” peyote, used in American Indian rituals. Russell Kirk thought this was good scientific evidence to support religiosity in general against the “liberal humanists,” whom he regards as the prime villains in history. Kirk said, among other things, that “only the most dogmatic old-fangled materialist” would reject Huxley’s report a priori without duplicating the experiment. Being a dogmatic old-fangled materialist at the time, I resented this and argued about it a lot inside my head over a period of months. It seemed that, as a materialist, I had to accept one aspect of Huxley’s book that Kirk had not noted: the strong implication that consciousness is chemical in nature and changes as its chemistry changes. That was provocative.

The review of Huxley’s Heaven and Hell that inspired Bob to experiment with psychedelics:

“Mr. Huxley’s theological suggestions, though very briefly expressed, give sanction to both classical and Christian ideas of heaven, hell, and purgatory. It is possible, he argues that most human souls after death, cannot endure the Clear Light of ‘the Divine Ground,’ the Godhead; and so they drift back into the twilight ghost-realm… When time has a stop, the soul lives still; but whether that mysterious existence is a torment or a blessing depends upon the combination of spiritual discipline with that grace which passes understanding. Only the dogmatic old-fangled mechanist and materialist will think Mr. Huxley’s speculations silly and profitless…”