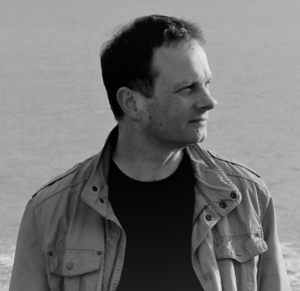 In this episode, host Mike Gathers talks with author John Higgs about the life and legend of Timothy Leary. John Higgs is an English writer, novelist, journalist and cultural historian. Higgs’ writings have been published in the form of novels, biographies and works of cultural history. John wrote what many consider to be the most balanced and informative biography of Leary, I Have America Surrounded: The Life of Timothy Leary.

Tim Leary and His Psychedelic H-Bob – RAW’s interview of Leary in Paul Krassner’s magazine, The Realist

Leary emphasized, as he did to all reporters, that the psychedelic drug experience is a synergetic product of three non-additive factors: (1) the dosage of the chemical used; (2) the set — the subject’s expectations, emotional status games, personality profile, etc.; and (3) the setting — the actual events in space- time. This Reporter understood him perfectly and quoted him accurately; we have often wondered why other reporters understood him so poorly and misquoted him so outrageously. The synergetic theory of “dosage, set and setting” may be Dr. Leary’s outstanding contribution to the science of psycho-pharmacology (we will talk later about his contributions to other sciences), but journalists in general understood him about as well as one who might write that Einstein discovered e = something-or-other.

Robert Anton Wilson is a man whose time has come.
It is true of all good things — they are a long time coming. Intelligence on this planet has evolved in metamorphic stages — long periods of quiescent preparation, then sudden, slam-bang flashes of change.

The personal evolution of Robert Anton Wilson has followed the same rhythm. It’s always like that with sages, evolutionary operatives, Intelligence Agents . . .

Wilson realizes (as do all alchemists) that he must evolve as the work develops. He knows that the motto solve et coagule means that he, too, must accept personal dissolution, that he must vary his own temperature and pressure, test his own sanity in the crucible of change. He gives up a deluxe-sexy job and retreats to social isolation. He plunges unflinchingly into outcaste poverty. He becomes that most recklessly heroic person — the self-em- ployed intellectual! He turns his back on faculty salary and es- tablishment grant and lives by his wits and wisdom.

– Timothy Leary, from his foreword to Cosmic Trigger: Final Secret of the Illuminati

Tim seemed, on first meeting, a typical middle-aged academic type, although more athletic than most. We mention this because he looked much younger in later years. When we discuss metaprogramming theory later, and Paul Segall’s investigations of amino acids related to psychedelics and aging, we will find some evidence that Dr. Leary’s youthful image may have a bio-chemical explanation.

Besides being an athletic young-middle-aged man, Tim was singularly free of the space-time compulsions of normal Americans. He sometimes stands as close as a Mexican when he talks to you, and he is apt to look straight at you without the usual American eye-shifting. If this makes you nervous, he backs off and allows you to relax; but, basically, he is most comfortable himself within the intimate relationship. And, of course, the famous Leary grin was already part of him.

“The best results come when you fuck someone you really love, during the acid trip,” he said that day. “That’s when the nervous system is most open, most unconditioned, and ready to take a completely new imprint.”

Tim was delighted that the Reporter understood enough psychology to translate terms like “zero-sum game,” “reinforcement,” “transaction,” etc., and he was especially pleased that, unlike any other interviewer he had ever met, this Reporter was familiar with his book Interpersonal Diagnosis of Personality, and wanted to question him about how the space-time transformations of the psychedelic voyage correlate with his space-time definitions of personality types in that work.