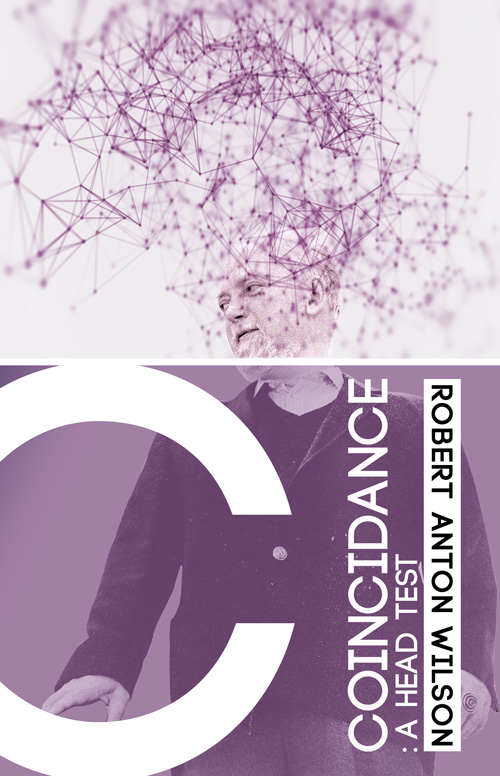 And a previously unpublished RAW interview!

This, for my money, is the most spectacular non-fiction work that Wilson ever penned, breathtakingly adventurous in both its content and its strikingly experimental form. Uncertain and demonstrably uncaring whether it’s a piece of literary criticism, metaphysical discussion or anthology of diverse esoteric writings, this remarkable compendium is best seen, in the spirit of its title, as a glorious accidental dance of meaning, modernism and mythology. – Alan Moore, from his introduction to Coincidance

“Wilson managed to reverse every mental polarity in me, as of I had been pulled through infinity. I was astonished and delighted.” – Philip K. Dick, author of VALIS, Do Androids Dream of Electric Sheep? (Blade Runner) and other great books

“We’ve needed this for a long time “ – Henry Miller, author of Tropic of Cancer 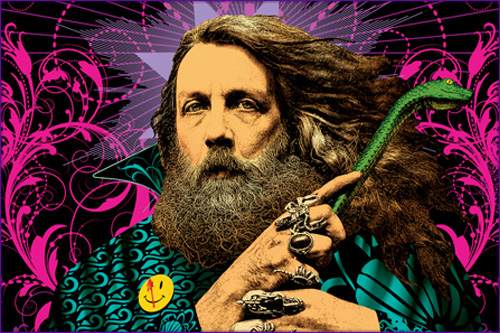 A New Introduction to
COINCIDANCE
from Alan Moore

Legendary graphic novel writer Alan Moore was delighted to write an introduction for our new edition of Coincidance, which he considers his favorite RAW title. Here’s half a paragraph from his introduction where he explains part of his enthusiasm:

“Count Alfred Korzybski’s work implies that almost all human experience is linguistic in its nature, while recent research has indicated that a scanned brain lights up neurologically when exposed to a new or different use of language. Given that upon examination magic also seems linguistic, as in Aleister Crowley’s (actually J.R.R. Tolkien derived) formulation of it as “a disease of language”, in Coincidance’s pyrotechnic display of both Joyce and Wilson’s vertiginous prose we are allowed to see and feel that process in dynamic action, with the whirling dervish discourse altering the reader’s consciousness and therefore their reality, using no more than the remarkable and magical technology of some couple of dozen symbols and a peppering of punctuation to accomplish this, a genuine act of sorcery.”

A special appendix to
this edition of COINCIDANCE:
A previously unpublished
RAW interview!

“Maybe initiated by the title of the book, an unexpected gift came to us just as we finished editing this new edition of Coincidance. A member of Bob’s private GroupMind email list, John van der Does, sent me an interview he did with Bob in 1983 – right when Bob was writing Coincidance. In the interview, Bob talks about the book and goes into detail on a number of the book’s topics. John just gave us the piece, thinking that Hilaritas Press could do something with it, not knowing that we were working on Coincidance, or that his interview would make a wonderful addition to the book.”

– from the editor’s introduction to Overlooking Martello Tower: An Interview with Robert Anton Wilson. Interviewed on “Bloomsday,” June 16, 1983 in Sandycove, Dublin by John van der Does 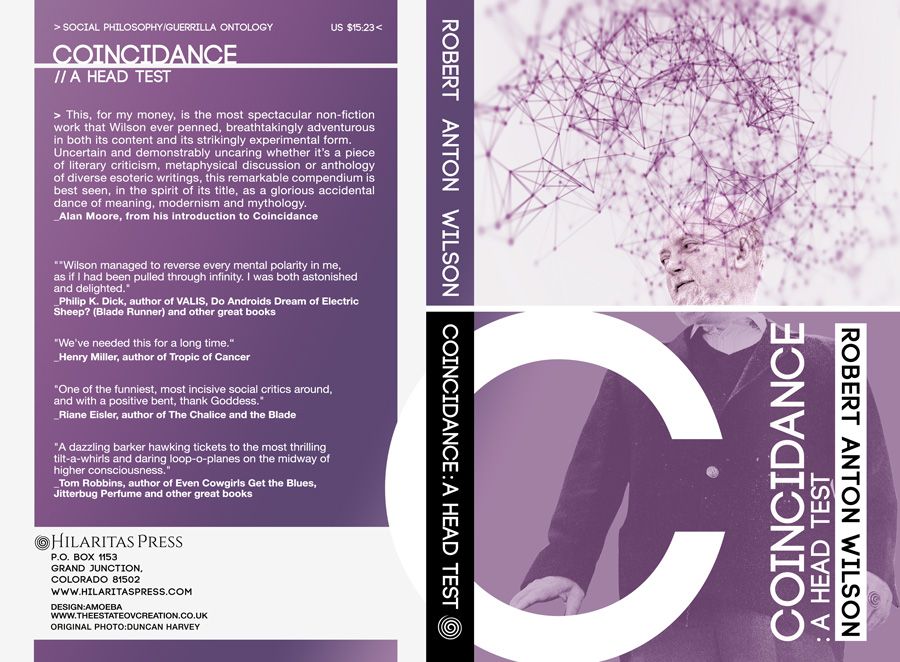 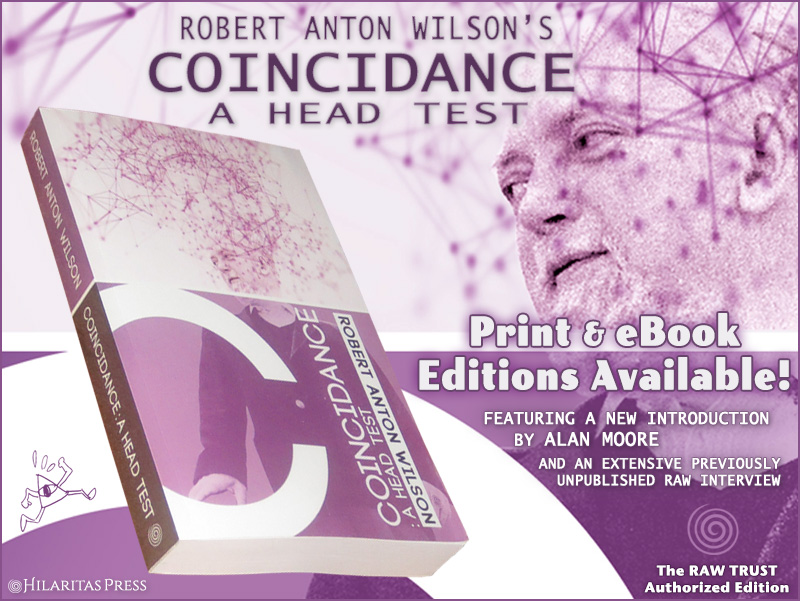 Email to the Universe
Scroll to top