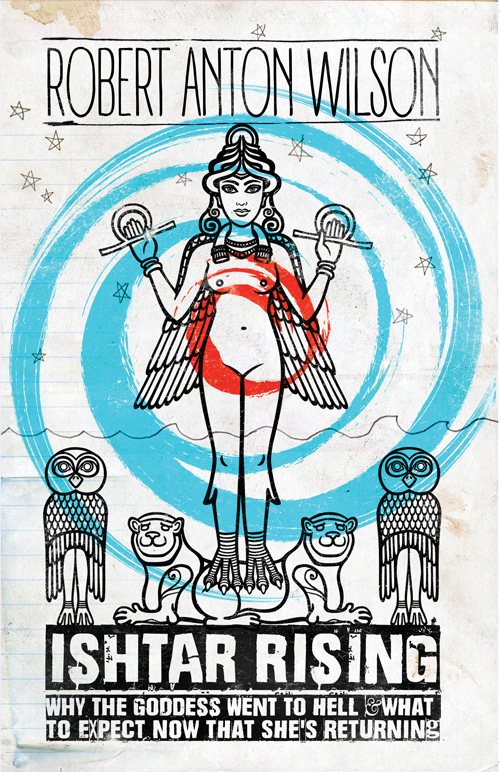 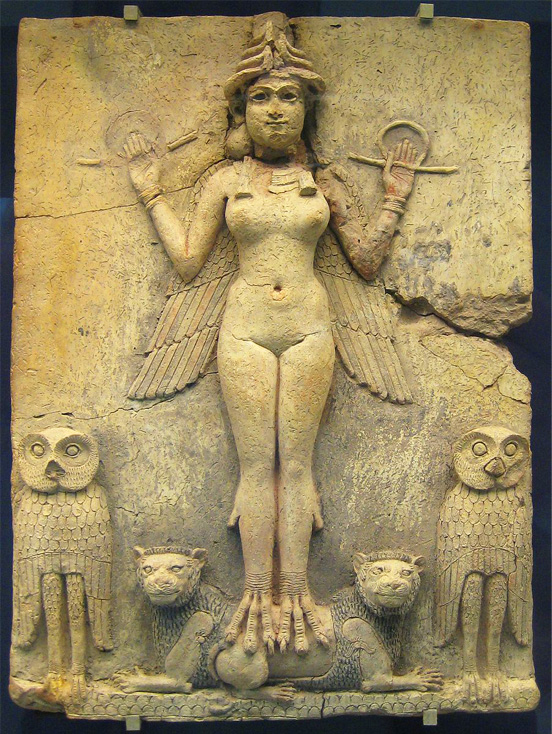 As always, a mountain of thanks to our intrepid cover designer from amoeba, Scott McPherson. Scott didn’t want any special recognition for this, but I can’t resist noting that he designed a wonderful interpretation of Ishtar from the ancient Burney Relief, a Mesopotamian terra-cotta plaque, circa 1750-1800 BCE. He used that design for the cover of the new edition, but we couldn’t resist making it a part of the book’s interior design as well.

“And herein lies both Wilson’s typically mischievous nature and serious intent — in its original, weaponized form, the book that became Ishtar Rising is nothing less than a mytho-feminist screed masquerading as an antique stroke book; a brilliant, compact summary of matrist attitudes, their cruel demotion and degradation, their struggle for survival, and their hoped-for triumphant restoration. Ishtar is a book of revealing — the undressing of the Goddess as she descends into the Underworld, where, shorn of the accoutrements of Divinity, she must confront her True Naked Being to survive the ordeal. It speaks also of the return of the repressed. The journey of the now-enlightened Goddess back from the murk and mysteries of the Nether World to Get Some Shit Tidied Up. It speaks from its rear-view mirror times of a still-overdue resurgence of connectivity, kindness, sex-positivity, respect for Nature and for Life. It wonders what a world ruled by the Goddess would look like, in contrast to those Dark Satanic Mills and centuries of slaughter presided over by an unforgiving God.”
– Grant Morrison, from his Foreword to Ishtar Rising 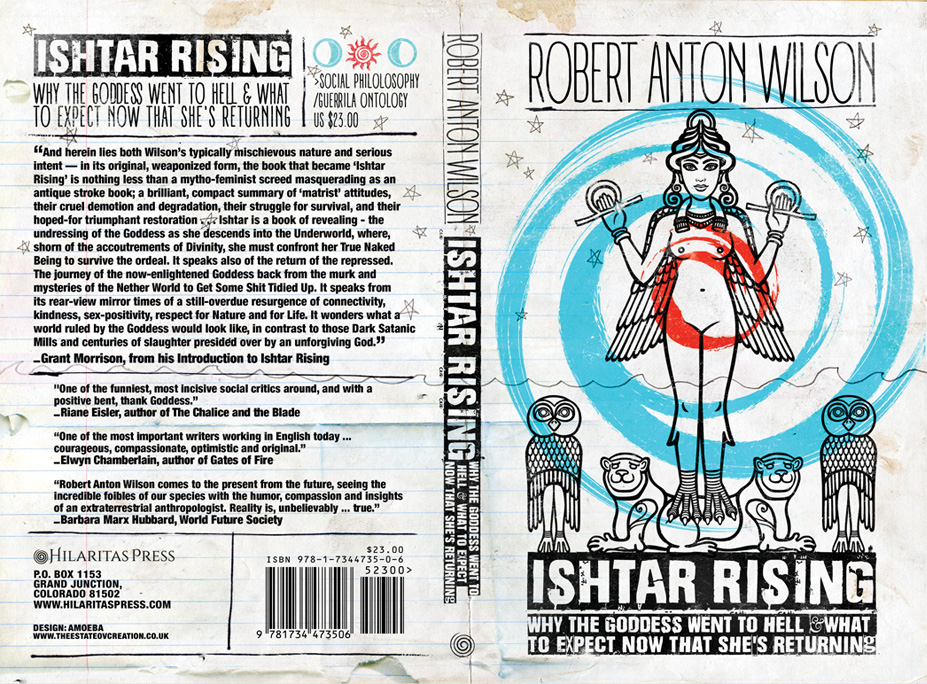 A Note From Hilaritas Press:

Decisions about how to put together the new Hilaritas Press edition of Ishtar Rising presented us with an array of issues that arise from the Book’s historical iterations.

The 1974 Playboy Press edition, The Book of the Breast, a commissioned work from the magazine, had photographs interspersed throughout the text with captions written by Bob that followed the written narrative.

When Bob regained the rights to the book from Playboy Press in the mid 1980’s, he decided to republish it with the text largely as originally written, but with a new title and a new foreword. This new edition was published through a small publishing house, New Falcon Publications. The book that emerged in 1989 (sadly filled with typos), was quite different from the original. The New Falcon edition had inserted new photos and only SOME of the original photos, and all the photographs were clumped together in the center of the book, with no photo captions. We can only surmise that the effort of obtaining legal rights to all of the original photographs was deemed either too expensive or too daunting, as the New Falcon photo choices were quite different from the original. We also are guessing that if you couldn’t get all the original photos, then entering Bob’s original photo captions on just some of the images probably did not make sense.

In the new Hilaritas Press edition of Ishtar Rising, we have attempted to honor Bob’s original guidelines, and recreate the Playboy layout as much as possible. We took the time, effort and considerable expense of tracking down and gaining rights to as many of the original photos as possible. For those photos for which we could not locate permissions, we found suitable substitutions that worked with Bob’s photo captions. In many cases, when finding images that Playboy used, we were able to obtain the same image but at a much higher quality. Because of improvements in digital processing and printing, we can not only offer superior graphics, but also an Ishtar Rising in full color. We hope you enjoy the result!