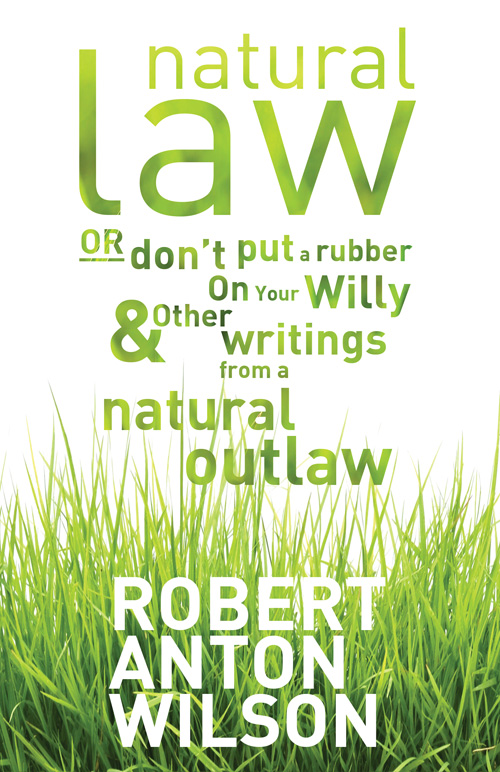 The “Natural Law” debate has been raging around anarcho-libertarian circles for some time now. Well folks, it’s all over. “Natural Law” died an unnatural death, murdered (“executed” if you insist) by notorious stand-up comic Robert Anton Wilson. If you enjoyed pamphleteering in the old sense of the word, unabashed rhetorical mud-slinging on a high intellectual level, you will want to examine the murder weapon: Natural Law; or Don’t Put A Rubber On Your Willy. – Hakim Bey

An appropriately savage attack on the “natural law” doctrines of certain “libertarian” pundits. – The Egoist

Today is Maybe Day, a day inspired by the late writer Robert Anton Wilson. It was his hope that on this day people of all creeds and beliefs would come together and chant, “Jesus is the only son of God, maybe” “Hear O Israel, the Lord thy God is one, maybe” and “There’s no God but Allah, maybe, and maybe Mohammed is his prophet.” At this point the world would suddenly become a far saner place. – John Higgs, writing in The Guardian

In Natural Law, Robert Anton Wilson tackles reality itself, and lays the groundwork for his future writings on Model Agnosticism.
• • •

Every perception is a gamble, in which we see part, not all, (to see all requires omniscience) and “fill in” or project a convincing hologram out of minimal clues. We all intuitively know the obvious and correct answer to the Zen koan, “Who is the Master who makes the grass green?” – Robert Anton Wilson, Natural Law 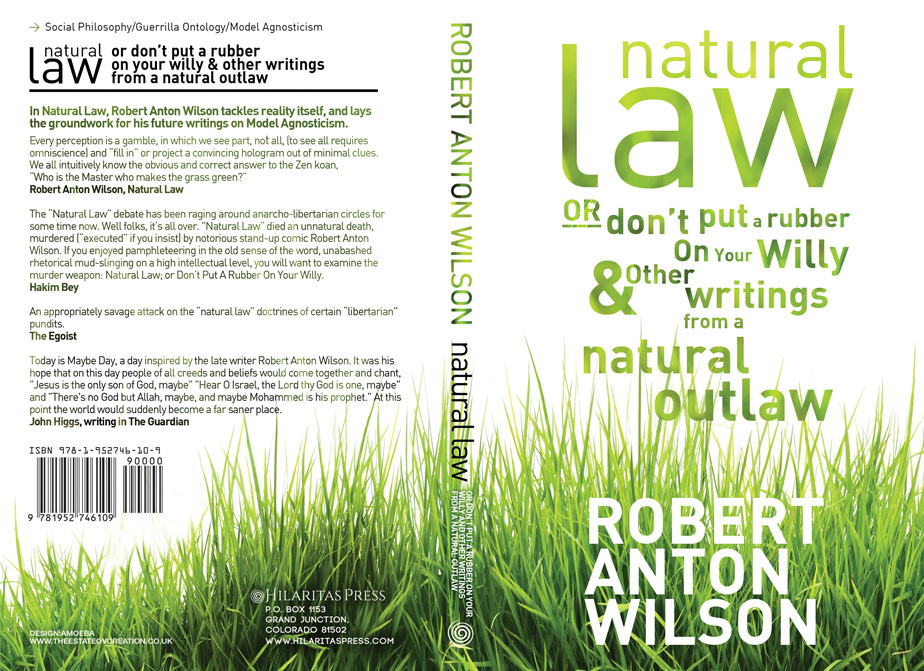 The Buy button on this page goes to Amazon, but Hilaritas Press books are also available at other online retailers, like Barnes & Noble. Our eBooks are available as Kindle editions, but also in other ePub formats (Nook, Kobo, etc). You can also buy Hilaritas Press books through bookshop.org where you can support your favorite local bookstore.Even if you don’t buy at Amazon, the customer reviews are worth a view. Please consider leaving your own review there!