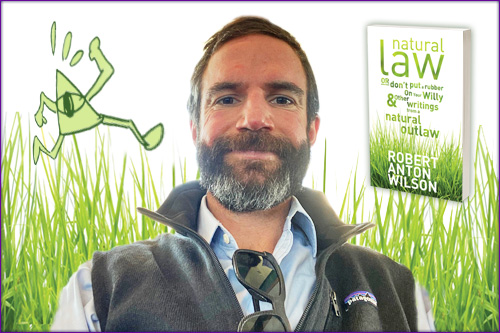 Chad was the editor for the new Hilaritas Press edition of Natural Law, Or Don’t Put A Rubber On Your Willy And Other Writings From A Natural Outlaw. Just the first of RAW projects Chad is working on.

One of Chad’s favorite RAW quotes:

“Asking annoying questions, after all, is a profession in its own right, and has been widely followed, not just by Socrates, but many teachers in the Sufi and Zen traditions. We Discordians call it guerrilla ontology.” – from the new edition of Natural Law