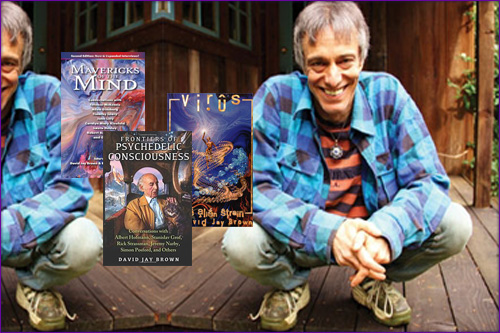 It was Bob’s book Cosmic Trigger that not only inspired me to become a writer when I was a teenager, but it was also where I first discovered many of the fascinating individuals who would later become the subjects of my interview books . . . Bob has an uncanny ability to perceive things that few people notice, and he has an incredible memory. He has an encyclopedic knowledge of many different fields–ranging from literature and psychology, to quantum physics and neuroscience. He is unusually creative in his use of language, and he has his own unique style of humor . . . Despite many personal challenges over the years, Bob has always maintained a strongly upbeat perspective on life, and–regardless of the circumstances–he never fails to make me smile every time I see him. Everyone who meets him agrees; there’s something truly magical about Robert Anton Wilson.

– from David Jay Brown’s Mavericks of the Mind