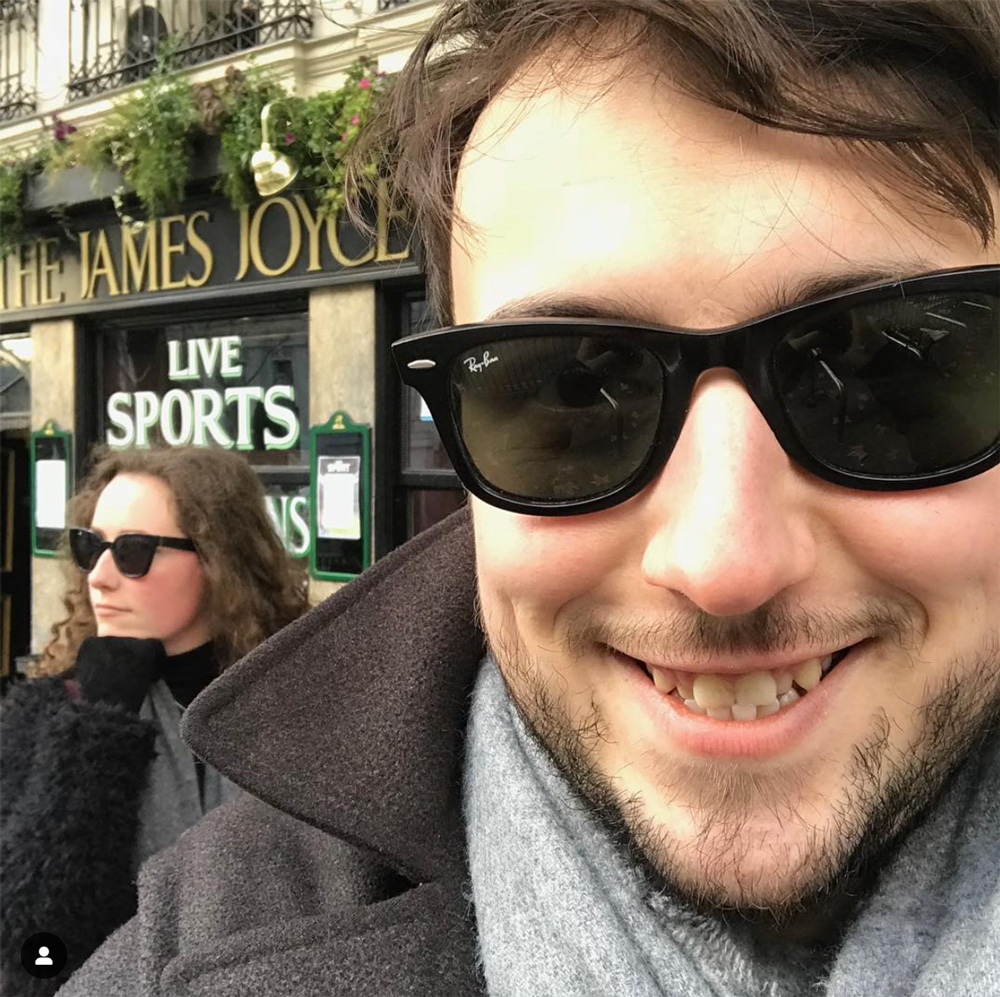 In this episode, we chat with Loic Wright on Irish novelist, short story writer, poet, and literary critic James Joyce, author of Ulysses and Finnegans Wake.

Loic is a PhD candidate in 20th century Irish fiction and culture and an Irish Research Council Scholar, formerly of the James Joyce Center.

The Land Where Bulls Are Pregnant

“Every life is in many days, day after day. We walk through ourselves, meeting robbers, ghosts, giants, old men, young men, wives, widows, brothers-in-love. But always meeting ourselves.”

There are two opposites that keep conflicting all through Finnegans Wake: one represents space and dogma and the other represents time and music. The spaceman is always trying to prove there is something wrong with the timeman. The timeman feels that both of them are necessary and he is not trying to prove that there is something wrong with the spaceman. That’s an interesting aspect of Joyce’s philosophy. He seems to feel that space people are defensive but time people aren’t. The space people, basically, as Joyce sees it, are worshiping status and the time people accept flux and change. As for “coincidance,” the dance of correspondence throughout nature, Joyce learned that from the medieval hermeticists who intrigued him. I think when he was young and first rebelling against the Catholic Church he developed an interest in all the hermetics of the past who had been condemned by the Church and started reading them as well as modern heretics too. He read very widely anarchist and socialist literature because the Church was condemning that at the time when he was young. But he went back and read all the medieval heretics and he got especially interested in Giordano Bruno who was very aware, long before Carl Jung, of the role of synchronicity in nature. And that got Joyce interested in it. And he seems to have noted every coincidence that ever happened to him and put them all into his books.

And it’s very interesting that this somewhat medieval habit of mind, as it appeared to Joyce’s contemporaries, is now very topical because in quantum physics they have discovered that there is a mysterious correspondence in nature that cannot be reduced to cause and effect. That’s the subject of Bell’s Theorem which was published in 1965 by Dr. John S. Bell. And Bell’s theorem has been confirmed several times although the experiments have been questioned. But the most recent confirmation of Bell’s theorem was just published this January. It was performed by Dr. Alain Aspect at the Optical institute at Orsay near Paris. And according to “New Scientist,” Aspect’s experiment was so strict that the critics will have to give up and accept that he has confirmed Bell’s Theorem.

What Bell’s Theorem holds is that two particles that were once in contact will continue to adjust to each other no matter how far apart they move. And that, of course, is the whole basis of hermetic thinking. That’s what’s known as the theory of the magical link. And so, Joyce’s interest in this subject turns out to be not just a recapitulation of medieval heresy but a forecast of where physics was going after Joyce – I find that very interesting. He often claimed he was a prophet.

This quote is from a previously unpublished 80 page interview with Robert Anton Wilson, now featured in the new edition of Coincidance: A Head Test from Hilaritas Press. The interview was conducted in Dublin by Pataphysician John van der Does on Bloomsday. June 16, 1983.