A story from when Abortion was illegal and deadly

As women gained rights,
we evolved from illegal and deadly to legal and safe
– what’s happening now?

As arrows of morality and ethics fly in all directions with a conservative U.S. Supreme 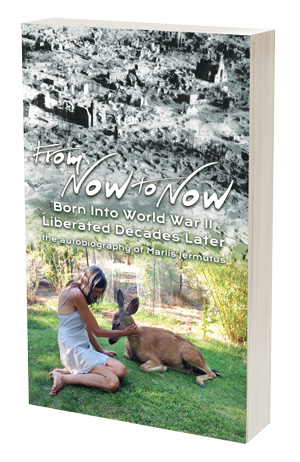 Court forcing the issue of abortion, a passage from Marlis Jermutus’ powerfully unforgettable autobiography, From Now To Now, brings the subject of abortion down from the abstract heights of morality and into the everyday reality of a young woman facing an existential crisis.

The new Hilaritas Press publication, From Now To Now, covers a lot of ground, from early childhood in a humble working class family in a war torn Germany, to a hopeful decade of rebuilding amidst class conflict, to a psychedelic revolution and a spiritual renaissance, to a spirited reassessment of all models of perception… the book is mind-expanding, but the beginning of Marlis’ story carries the tragedies of sexual abuse and the plight of women in a male dominated society. Marlis marries young to escape sexual abuse within her own family, but soon realizes her haste to escape led her into yet another confining space way too constricting for such a wild and free spirit. 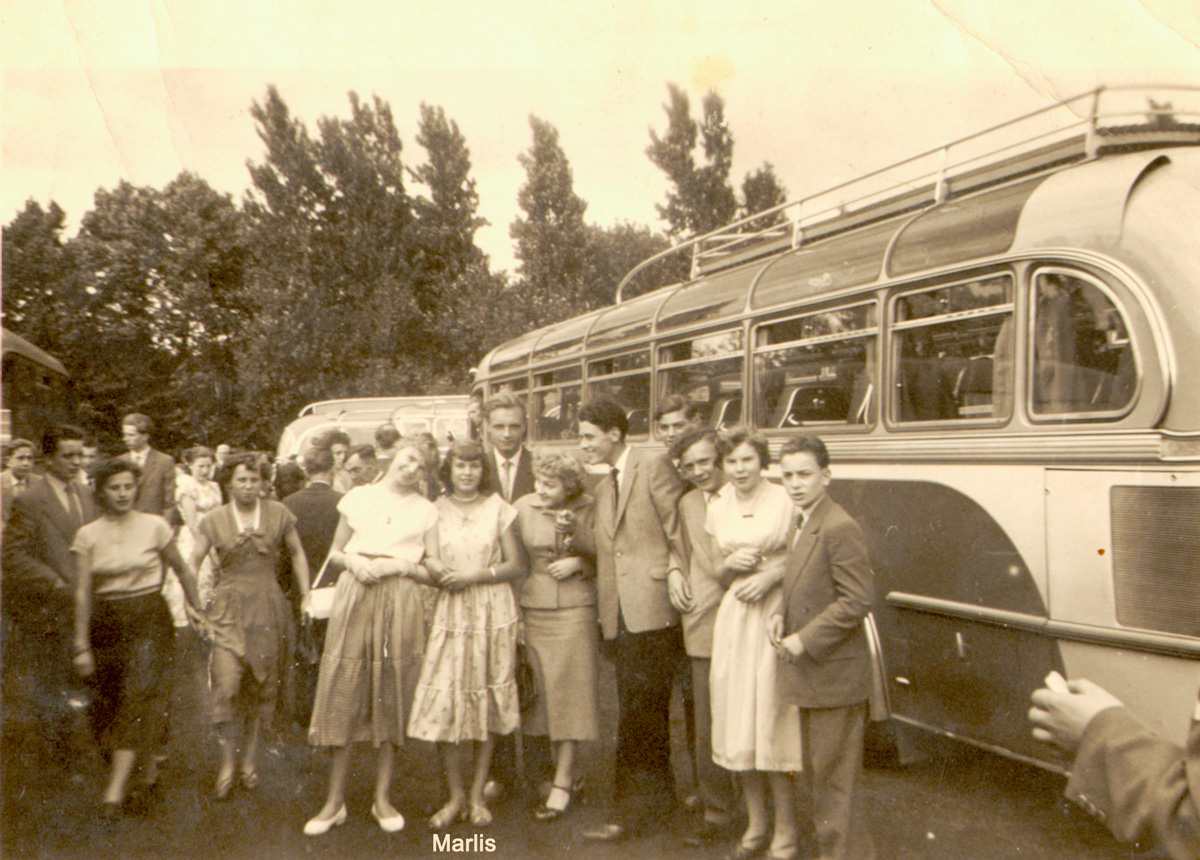 We don’t have a photo from the time when the abortion took place, but here’s a photo in 1957, a couple of years before.

At age seventeen, Marlis escaped her family and fled into a marriage with her boyfriend Rolf. Their son, Ralf, was born a year later, but Marlis knew her marriage was a mistake even though it had saved her from what seemed like a worse fate. Marlis writes,

Instead of the freedom I had sought, we would say Ich falle vom Regen in die Traufe. I got out of the rain only to land in the gutter.

I’ll let Marlis continue the story, but only let me note that for the vast number of women who seek an abortion, it is not a choice they wish to make.

When Ralf was one and a half years old I realized I was pregnant again. I knew I didn’t want to bring another baby into this marriage. In my panic I could only think to have an abortion, at this time completely forbidden by law. Any doctor was required to report evidence of an abortion to the police and the penalties were severe. The penalties were severe because the authorities were alarmed at how many women were getting abortions. I didn’t talk to my husband or my mother about my decision. It’s not that I didn’t want to talk to my husband or my mother. I couldn’t talk to anyone about such a decision unless it was the person helping me to find a midwife willing to break the law. In any case, I felt this had to be my decision. My mother would have quoted the Pope to convince me to have the baby. Rolf was on his ship on the river Rhein, and I felt I had to act immediately.

A male friend knew, from within his family, of a midwife who performed abortions. He was kind enough to come with me, and then accompany me home in his car. The midwife lived about five kilometers away from Wesel in a small village. We were both a little nervous and cautious not to attract attention as we walked into the midwife’s house. I only remember these details now in recollection. At the time I didn’t see or think much about anything. I could only think I needed help.

The midwife was a small round older woman. She had long been a midwife and was now retired. She took me into an adjacent room. She explained to me what she would do, and what I should do in the coming hours. I laid down on a table as she prepared her materials. She filled a large catheter with a strong solution of water and soap. She inserted the catheter into my vagina and injected the solution into my uterus. This was not a simple procedure. Women had died as a consequence of a midwife’s inexperience. As I got into my friend’s car for the ride home, I didn’t yet feel any of the extreme pain that would follow in a couple of hours. I was instead thinking that if I went home then my mother-in-law would ask why I was home and apparently ill. I told my friend to take me to work instead. Over the years I worked as a waitress, a factory worker, a salesperson, a housekeeper, and as a laboratory assistant. At that time I was working as a waitress in a cafe. I came into the cafe and for a while I was okay. After some time, I simply couldn’t take the pain any longer. I asked my same friend, who was still watching out for me, to drive me home. For another hour I laid in bed, but as the pain grew stronger and stronger I cried out. My mother-in-law heard me and very quickly wanted to take me to the hospital. I couldn’t allow that to happen. I couldn’t let the doctor see my condition. I tried to calm her down, just to give me more time. Soon after she left me, I again fell into the pain. My mother-in-law finally convinced me to trust her judgement. We went to the hospital. My doctor examined me and I knew that he knew the truth. He said nothing to me. He only followed his heart when he pronounced that I had had a miscarriage.

I think you can understand my conflicted emotions only if you have had a similar experience. I felt the pain of that tiny life lost, along with the relief of not being pregnant. I wasn’t thinking, you could say, only reacting. Even as a married woman, my society was so constrained by habit and insecurity, that I understood almost nothing about even the workings of my own body. For years I believed the folk tale that I would never get pregnant if I always just peed after sex. Everything I learned about sex came from adult’s jokes, children’s whispers, or abuse from men. Strange to think that my old war-time strategy of acting-without-thinking would still be my only rescue. 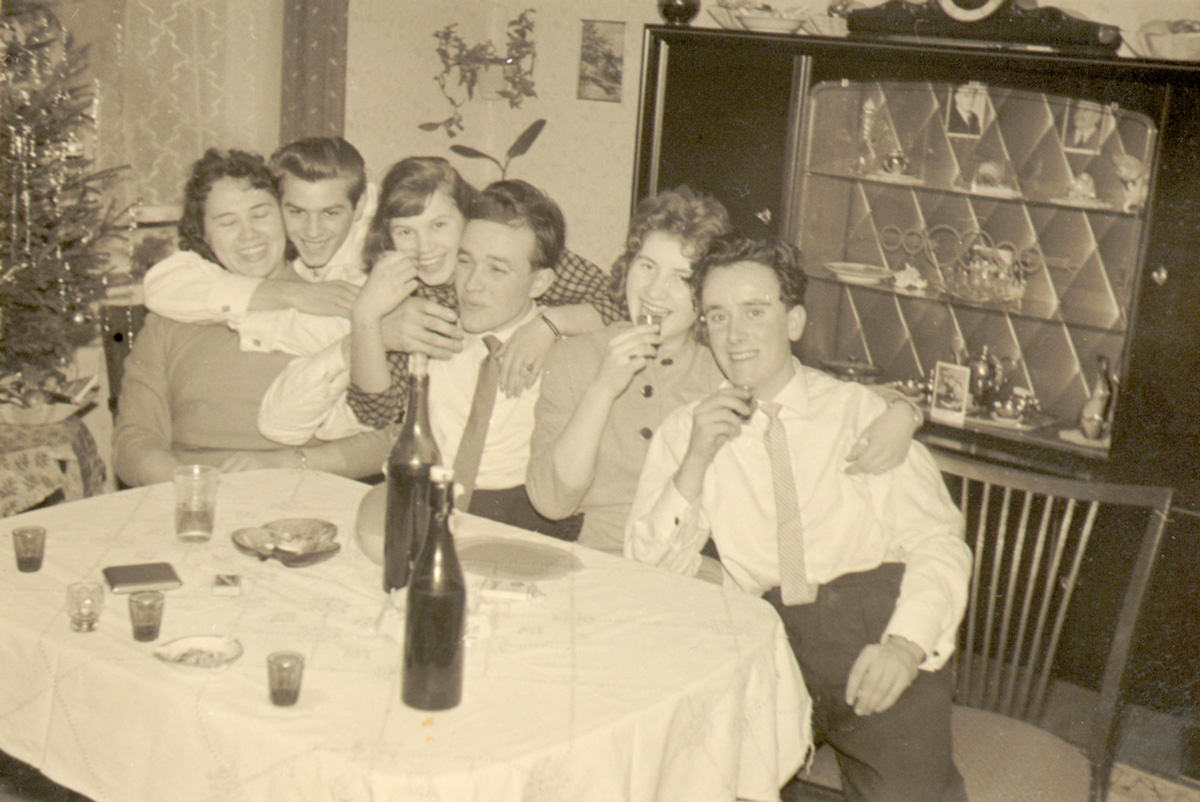 Marlis with family and friends in 1958. Marlis is the woman in the middle of the photograph.