For ten years now, I have had a couple hundred items or so packed away from my dad’s house when he died. I am putting out the word to all RAW fans that I have decided to create a final auction for RAW Memorabilia on Ebay, and it is now live! Over the coming days new items will be added. Keep checking in! 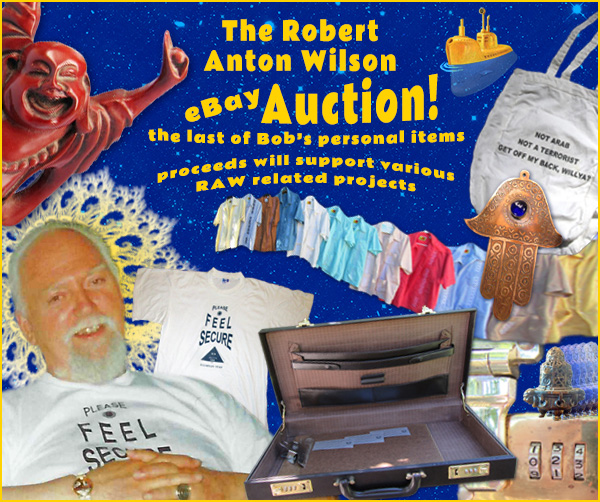 Today is the 21st of January, 2017, and I just sat down to write about the RAW Memorabilia Auction I have just started on Ebay.

Ten minutes ago, while I was watching on television the tremendous outpouring of support all around the world for the “women’s march” in Washington DC, my attention shifted to my early years, and what it was like growing up in the household of Robert Anton Wilson. I can promise you this; were he alive today, he would have been participating in one of the various marches today. As a small child, I knew who Martin Luther King was, and what he stood for. I understood that my parents were often boycotted in the small Ohio town we lived in, due to befriending the area’s first black/white couple and supporting their marriage. At six years old, I learned that the word “ecology” was going to become incredibly important during my lifetime. At 8 years old, I hunched down in terror in the hallways or crawled under desks of my public school, with hundreds of other children during our “duck & cover air raid drills.” I understood that a nuclear bomb could fall and I would die – but I also knew my parents were anti-war, which gave me hope. At ten years old, I hated the war in Viet Nam that was killing my friend’s older brothers; a war that ultimately sent my whole family into the Chicago streets to protest it. At twelve years old I ditched school early to participate in the huge downtown protests at the 1968 Democratic Convention. I got teargassed; I ran; I saw police in helmets clubbing demonstrators; I saw passive non-resisting demonstrators shoved into paddy-wagons like limp ragdolls. I heard angry speech, hopeful speech, thoughtful speech, all passionate, all from various points of view.

I wondered what was it all about, and how my life would unfold. I grew, I laughed, I grieved, I worked hard and played hard. I have only one word to share about my own life which is this; remarkable. My life has been remarkable. I still have no answers, but I do have a sense that I have lived through some incredible times, situations, and transformations, and have deep gratitude for having been exposed to such a wide spectrum of experience, both good – and bad. And the simple truth is much of it comes from growing up with Bob.

So today, as I start the last RAW Memorabilia Auction, it holds huge significance to me. I hope that folks will find items in the auction that are meaningful to them, reminding them of Bob’s life and work; his desire to engage with life itself in new and interesting ways, his ethical stance and willingness to look outside the box, and enjoy the stories that I have written about various items.

Every memento listed comes from my dad’s home, and was present in his home when he died. Where I have a picture, I have shared it, so you can see for yourself, whether it is Bob in a teeshirt, or a picture of a bookshelf of his. Many items I do not have photos of, but they were his, nonetheless, and I will be including a card personally signed by me attesting to the validity of his personal ownership with every single item purchased. I am also including a few items that belonged to my mom, Arlen, who truly was the great love of my dad’s life. Guys, don’t you want to see Arlen’s necklace on the neck of your beloved?

Why not just give it all away? Here’s why. In my experience, I have found that often people do not treasure what they are not invested in. To me, these items are precious, filled with RAW vibes, and all tell parts of the story of his life, and are totally worthy of being treasured.

I would like to see them spread around the world, bringing joy, humor, and thoughtfulness to those that choose to bring an item of RAW’s into their daily lives. Talk about conversation starters! Plus, make wall art, or incorporate an item into a larger creative project – the sky is the limit!

And the money raised? Will go to pay for some RAW-related projects, bills and taxes, and to strengthen the RAW Trust’s ability to promote Bob’s works through Hilaritas Press, LLC and other ventures.

Good Goddess, sounds like I could raise millions! Wouldn’t that be something! Do feel free to make awesomely huge bids, knowing that the monies gathered will go toward family loose ends and projects that RAW would love! 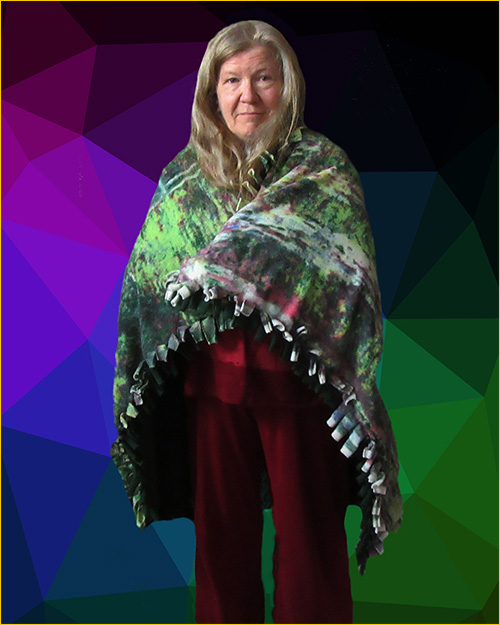 Bob waving thank you to his fans after the enormous outpouring resulting from Douglas Rushkoff’s “RAW needs our help” posting in October 2006. 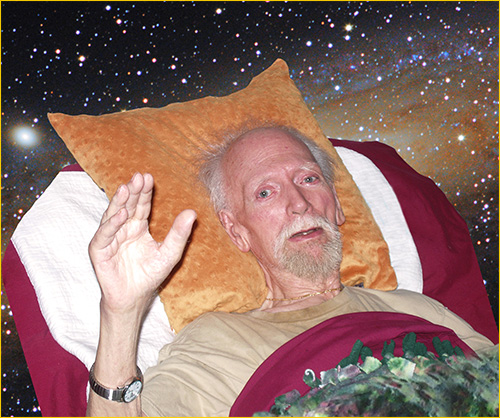 Anna Livia Get Your Gun: 23 Questions for California’s Next Governor
Scroll to top