I am entirely delighted and completely flabbergasted to have the opportunity to present RAW ART: The Illustrated Lives and Ideas of Robert Anton Wilson, a collection of my RAW based comix and art, published by the RAW Trust, on the Hilaritas Press label, in the same catalog as such immortal classics as Cosmic Trigger and Prometheus Rising! :))) 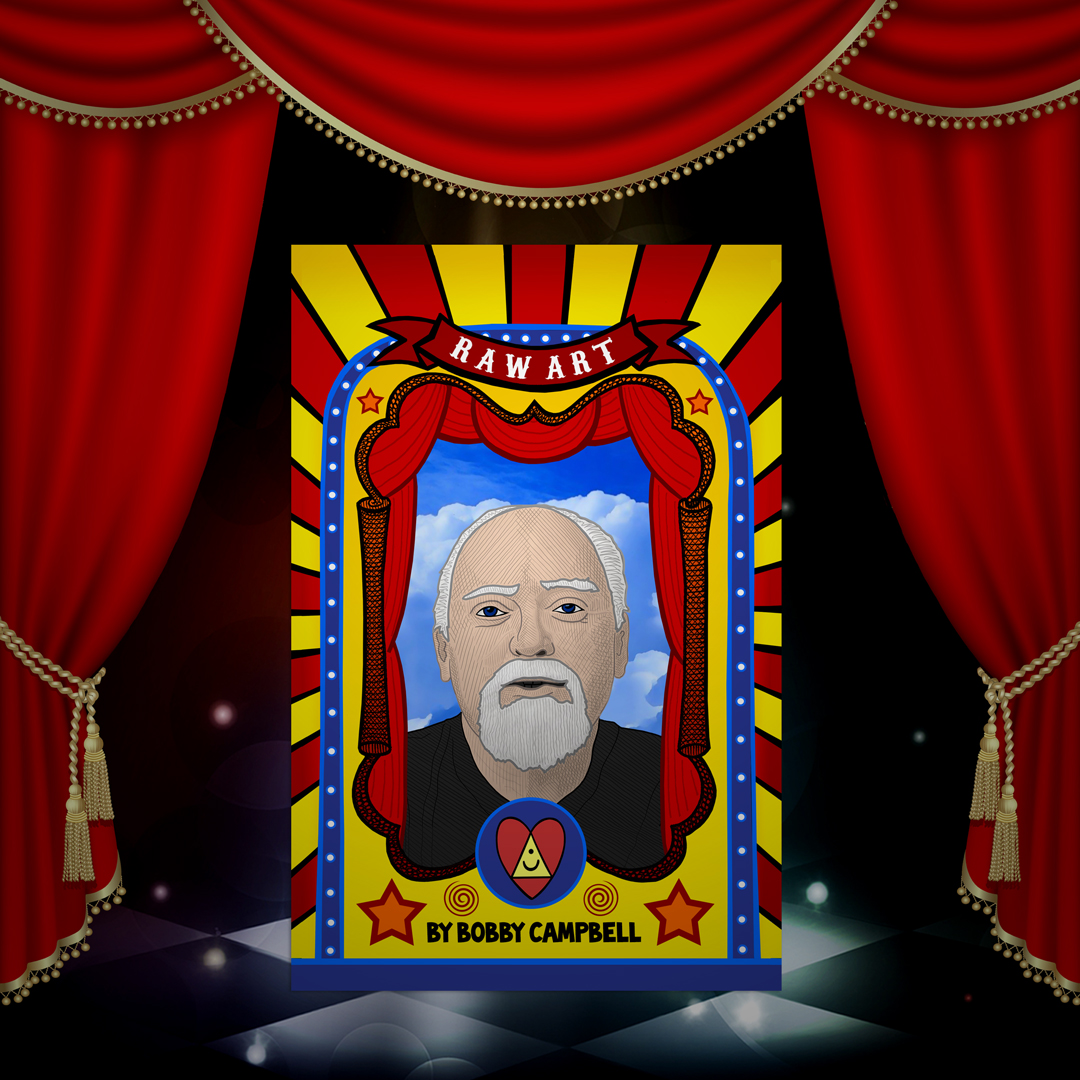 This is a very specific dream come true and I’d like to express my infinite love & gratitude to Christina Pearson, Rasa Deva, Eric Wagner, Toby Philpott, Tom Jackson, Mike Johnson, Mike Gathers, Prop Anon, Steve Fly, and Mr. Wilson himself, for all their help and support in the development of my RAW Art through the years. I’d also like to thank Daisy Eris Campbell, John Higgs, Greg Wilson, and Alan Moore for the rising cosmic tide they created, which has raised so many of our boats, surf’s up!

For the benefit of those who might have no clue as to who I am, or what any of this is about, I should like to offer this brief history of my RAW origins: 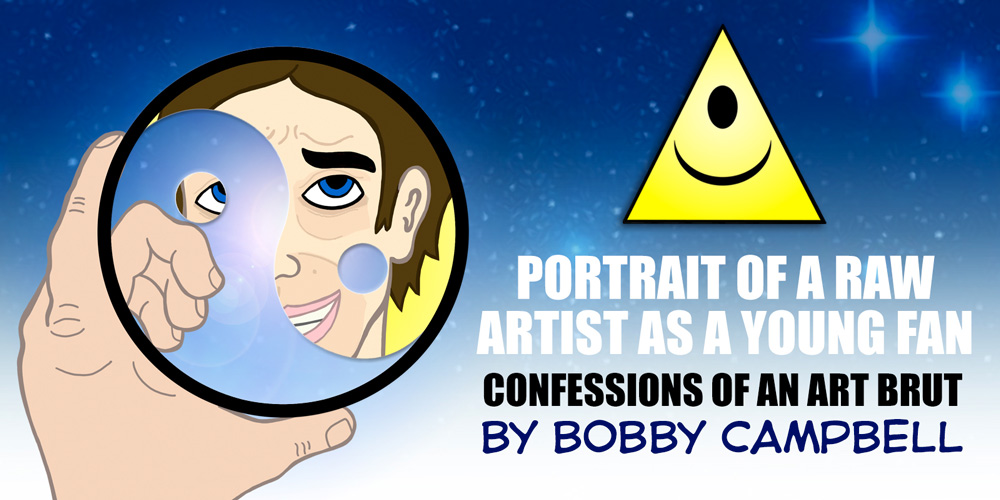 My name is Bobby Campbell and I’m not supposed to be here today.

I’m supposed to be working the parts counter at my brother’s auto shop, married to the first girl what would have me, knocking back a few cold ones, watching the hockey on TV, and not wondering about anything at all. That’s pretty much what I wanted, and absolutely where I was headed, until I met Harvey… 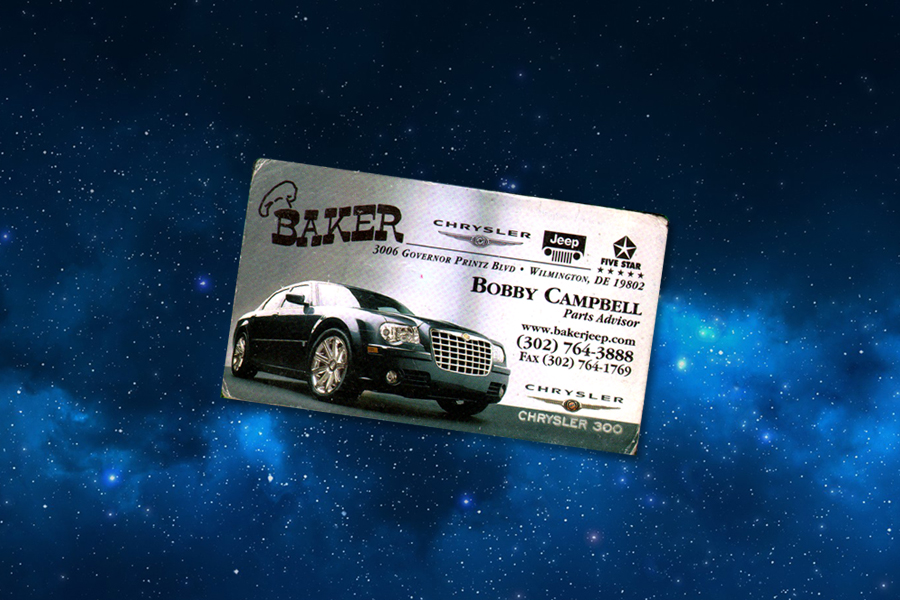 See, I never had any intentions on getting mixed up in any of this philosophical, psychological,  pataphysical hullabaloo. Quantum physics? Buddhist epistemology? Neurosemantics? Give me a break! I cheated my way through high school and life in general. I wasn’t particularly interested in learning, thinking, or even doing very much at all. I was a know-nothing slacker who didn’t have, or even really want, a clue, that is until the dark and stormy night of my soul…

So what had happened was, once upon a time, when I was 19 years old, I fell into a burning ring of fire, I went down, down, down and the flames went higher. Nothing in my world had prepared me for this mode of perception in any way, shape, or form. I mean, I guess I’d read some Alan Moore comix, listened to a few Bill Hicks records, and smoked some grass, but nevertheless I was completely blindsided by my serendipitous encounter with the void of self.

Except! This spontaneous dissolution of individuality unlocked a memory from my impossibly tangled and surreal childhood, wherein it turned out this had happened once before, during a peak traumatic experience when I was 11.  Though of course the tricky thing about sequencing visions of eternal recurrence is that this time, is that time, is every time, and it burns, burns, burns, the ring of fire… 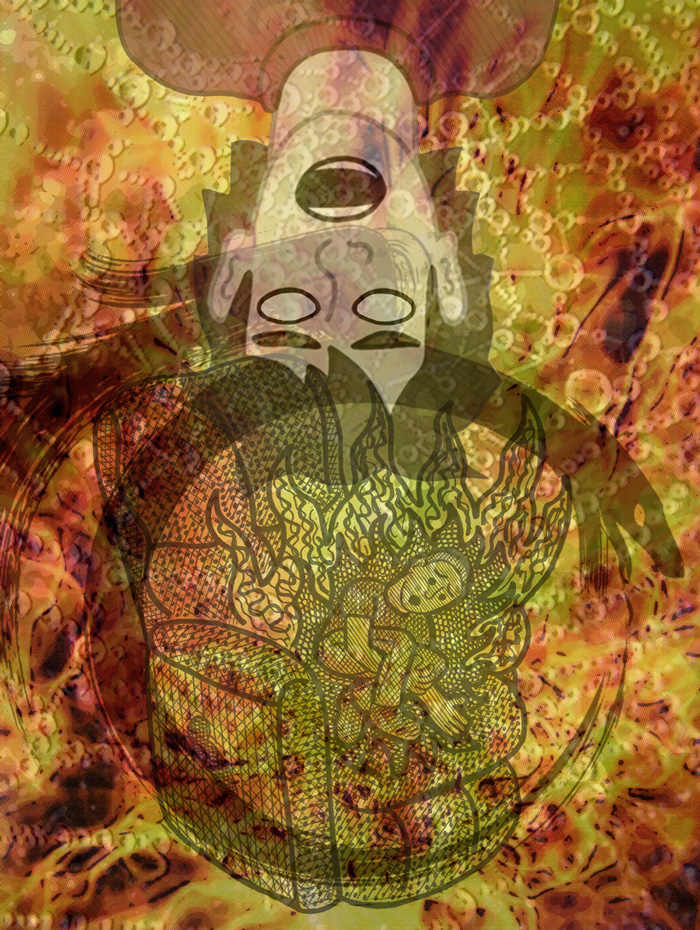 It turns out I had tried to build a firewall to protect myself from the primordial chaos of my weirdo childhood. I didn’t want to talk about it, didn’t want to think about it, and especially didn’t want to deal with it. Heck, I liked to think that I’d already heroically conquered those demons, but it turned out my acceptance was just a tricky form of denial, and thus my walls came tumbling down, leaving naught but the ring of fire.

The next morning I woke up and everything was back to normal, except for the fact that my world had been turned completely upside down, and that I was now obligated to seriously consider the possibility that I was going insane. And not the cute kinda crazy that everyone says they’re going, but the real deal yawning abyss, on a slippery slope to an early grave.

I spent the next several months wandering nervously and aimlessly through this all-new, all-different, haunted reality tunnel, jumping at every shadow. 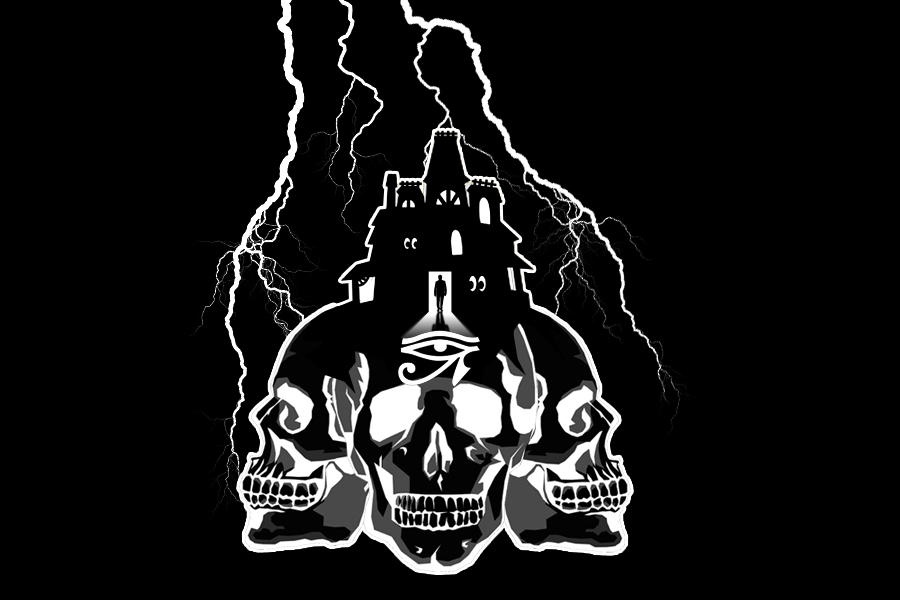 As dumb luck would have it, while hopelessly lost in Chapel Perilous, I blundered into an Indian Religion & Philosophy class at the University of Delaware, where I found the most beautiful word in the world, samsara!

I wouldn’t blame anyone for not sharing my fondness for the “suffering-laden cycle of life, death, and rebirth, without beginning or end,” but for me it was everything. There was actually a word for what I saw that night! Not only a word, but whole systems of thought, dedicated to analyzing and mapping that other world. The idea that there were others out there that had seen what I saw was pure joy.

It was then and there that I became a seeker. I spent the next 2 years reading any and everything that had even the slightest bit to do with altered states of consciousness. (Cue psychonaut training montage) 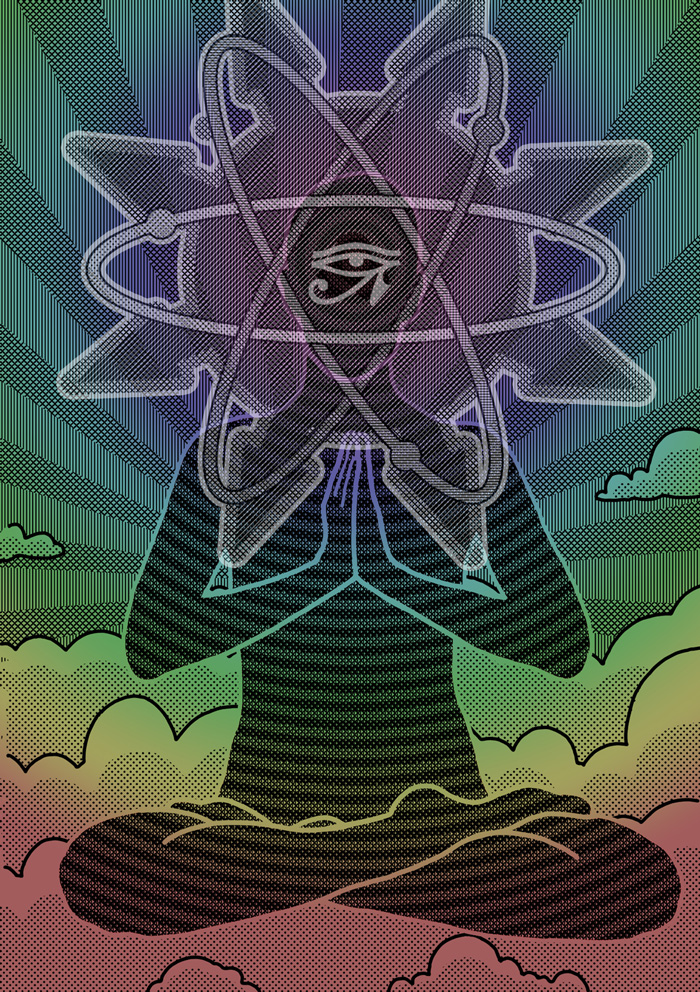 I meditated, in the lotus position, while doing pranayama, throwing I-Ching hexagrams, and launching chaos magick sigils. During this freewheeling shamanic phase I found dozens of different metaphors and belief systems that were compatible with my experience, though nothing I could really hang my hat on. The psychological horror of Aleister Crowley’s story about a demon named Choronzon emerged as the closest matching metaphor, but at this point it was very difficult to discern the shit from the shinola, I was still thoroughly lost in the sauce.

I started obsessively making comix, art, and poetry as a way to process the flood of novelty I was enduring. My life started getting better, happier, weirder, but it wasn’t enough, something was missing.

That same entirely excellent Indian Philosophy Professor recommended a book to one of my roommates, who in turn passed it on to me. On a particularly lovely Friday afternoon, I found the block-like tome of Illuminatus! beckoning imperiously from my nightstand, by Sunday evening I’d read all 800 pages.

The U of D library has a surprisingly robust collection of RAW books and I devoured them all. It felt like coming home. RAW was the last of the modern psychonauts that I discovered. I’d already found Leary, Crowley, Lilly, Watts, and McKenna, but it wasn’t until I found RAW that everything began to cohere.

I followed his example and put myself through a process of self-induced brain change, hoping to reimprint my traumatized nervous system, and build a happier and healthier reality tunnel. I synthesized the ideogrammic language of chaos magick sigils into command lines for metaprogramming my human bio-computer, with the occasional magic mushroom thrown in for good measure, and it all worked beyond my wildest dreams. I went on to have a series of visionary experiences, the likes of which I cannot yet speak, but that forever changed my conception of being and/or non-being. My life became inundated with holistic whimsy, cosmic giggles, and synchronistic mystery.

It was all wonderfully illuminating, terribly confusing, and incomprehensibly overwhelming. Probably a familiar scenario for many a Discordian convert. During a particularly intense RAW ‘coincidance’ I actually became kinda angry at him for not being around to help me make sense of it all. It was an immature and delusional sentiment, even for a 21 year old fool, but there I was, dramatically holding my copy of Cosmic Trigger aloft, and demanding to know, “well, where the fuck are you then!?!” 2 years later, at the age of 23, I found myself sitting in RAW’s living room smoking a joint. Indeed do many things come to pass!

I got to know RAW through the Maybe Logic Academy, his online workshop bbs, where I took 3 classes with him, and established email correspondence. There were no doubt dozens, if not hundreds, of RAW protégés, and I liked to imagine him as one of those chess masters playing innumerable games simultaneously. From my perspective he played his side of the board masterfully and every response was thoughtful, helpful, and fully informed, though I understood from his perspective I was probably just another face in the crowd.

I’m not quite ready to tell the full story of my experience as one of the sorcerer’s apprentices, but suffice to say RAW changed my life immeasurably for the better, and that the experience of studying with him was just as wonderfully discombobulating as one would hope, and pretty much exactly like finding oneself living inside one of his books. These days the whole world seems like a RAW novel to a lot of us, and I’m especially grateful to have had the benefit of some formal training.

I did, of course, eventually ask him about that burning ring of fire, and in response he sent me 30 pages of reference material on the Pookha. Choronzon the Demon became Harvey the Rabbit and the circle became a spiral. A paradigm shift that probably saved my life. 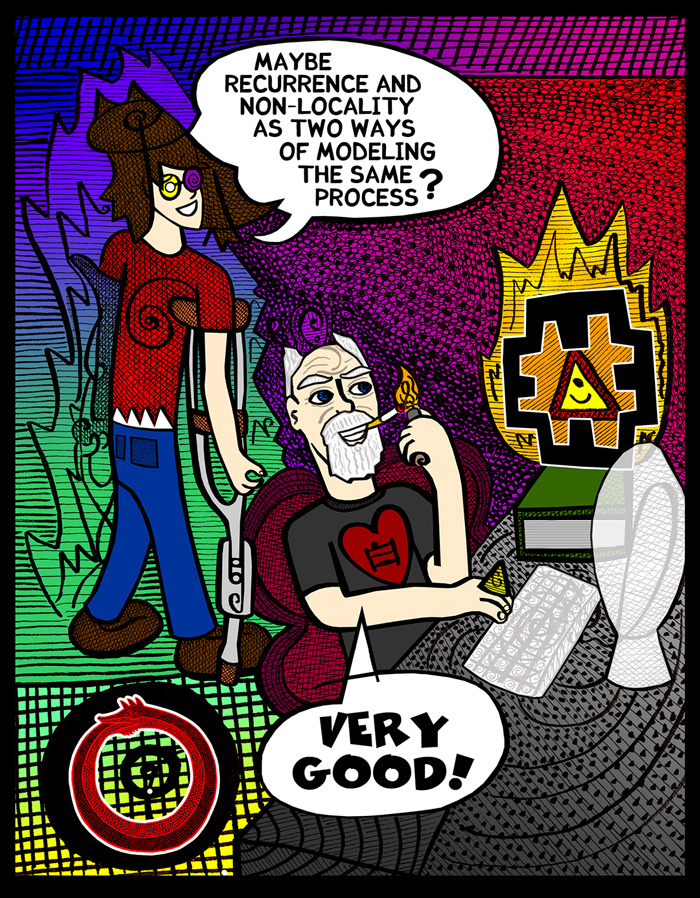 Two years later I would produce my first official RAW art projects. The first was the custom currency called RAW Patatows, which were used as part of a crowdfunding effort to cover his medical expenses, and the second was a bookplate for his personal library. 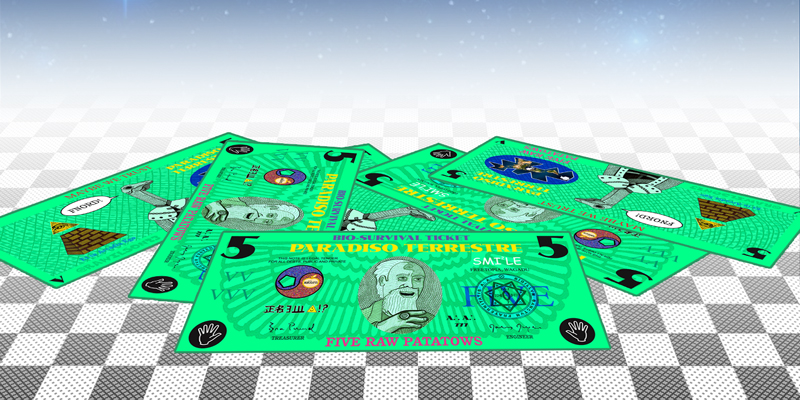 A year after that RAW passed away into the interacting processing of dove sta memoria. I flew out to CA for his meme-orial, finding my artwork announcing the event in the Santa Cruz Metro. 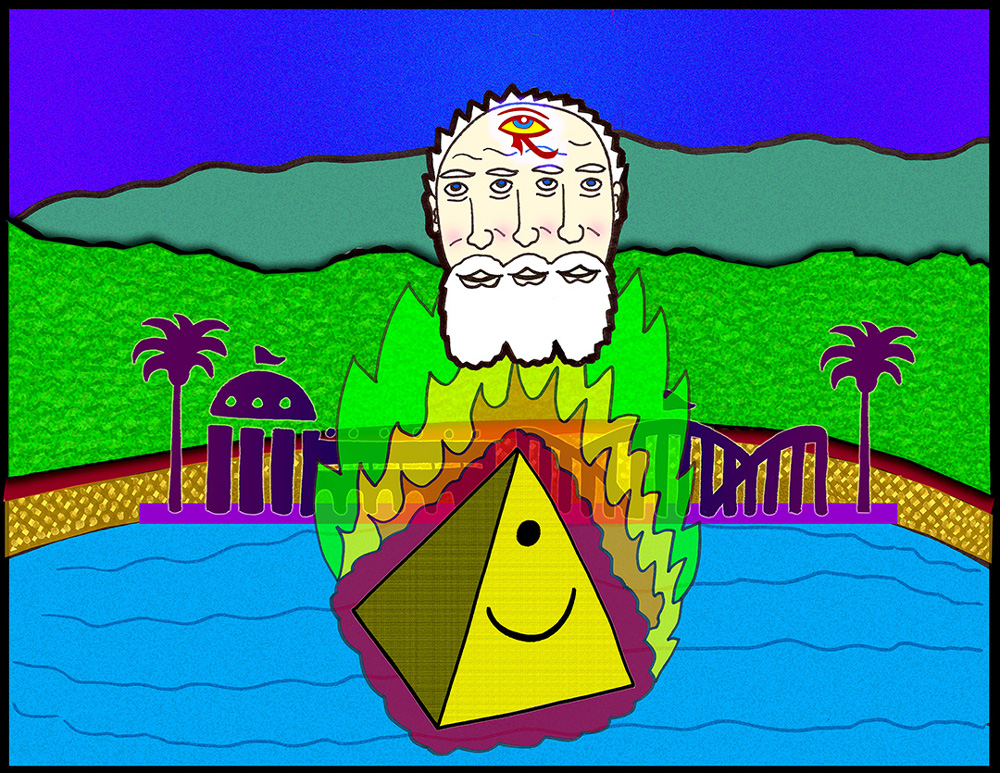 Then in one of the most surreal moments of my very strange life, found myself singled out for thanks by his wondrous Daughter Christina, standing and waving to the politely applauding crowd at his memorial. 7 years previous, a spontaneous vision had cracked my world apart, leaving me terrified, and I thought, irreparably broken, but here I was, past the event horizon of the rabbit hole, with the opportunity to use that same vision to help spread the RAW illumination of amor et hilaritas.

I made it my bees wax to do my part to help keep the raviola in orbit. 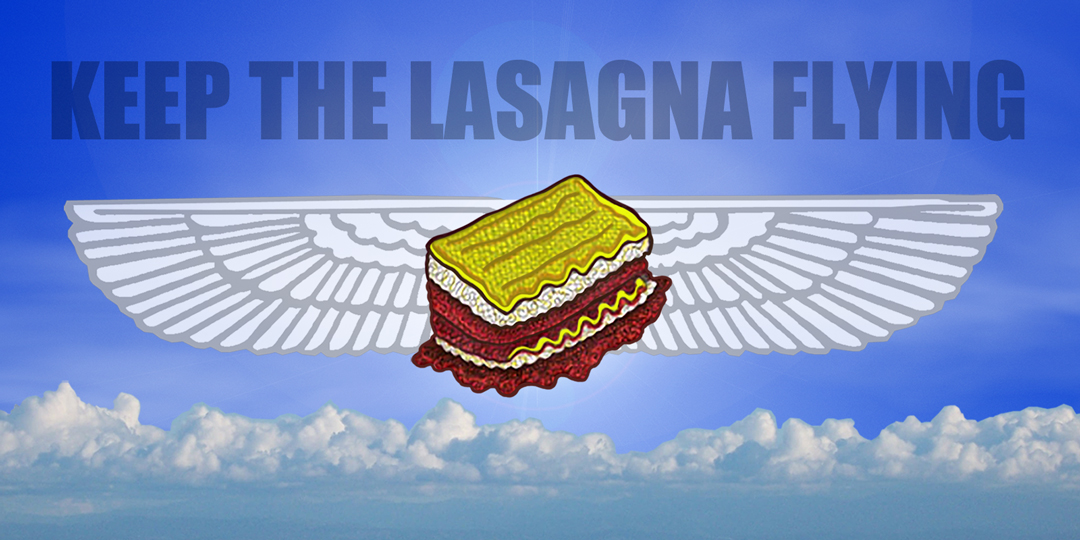 Two years later I would begin working on art for several new editions of his books. Actually getting to roll up my sleeves and work within the real deal RAW oeuvre. It was like pitching at Yankee stadium for me, to be able to work my craft on the sacred ground of the same literary canon that had saved me from myself. 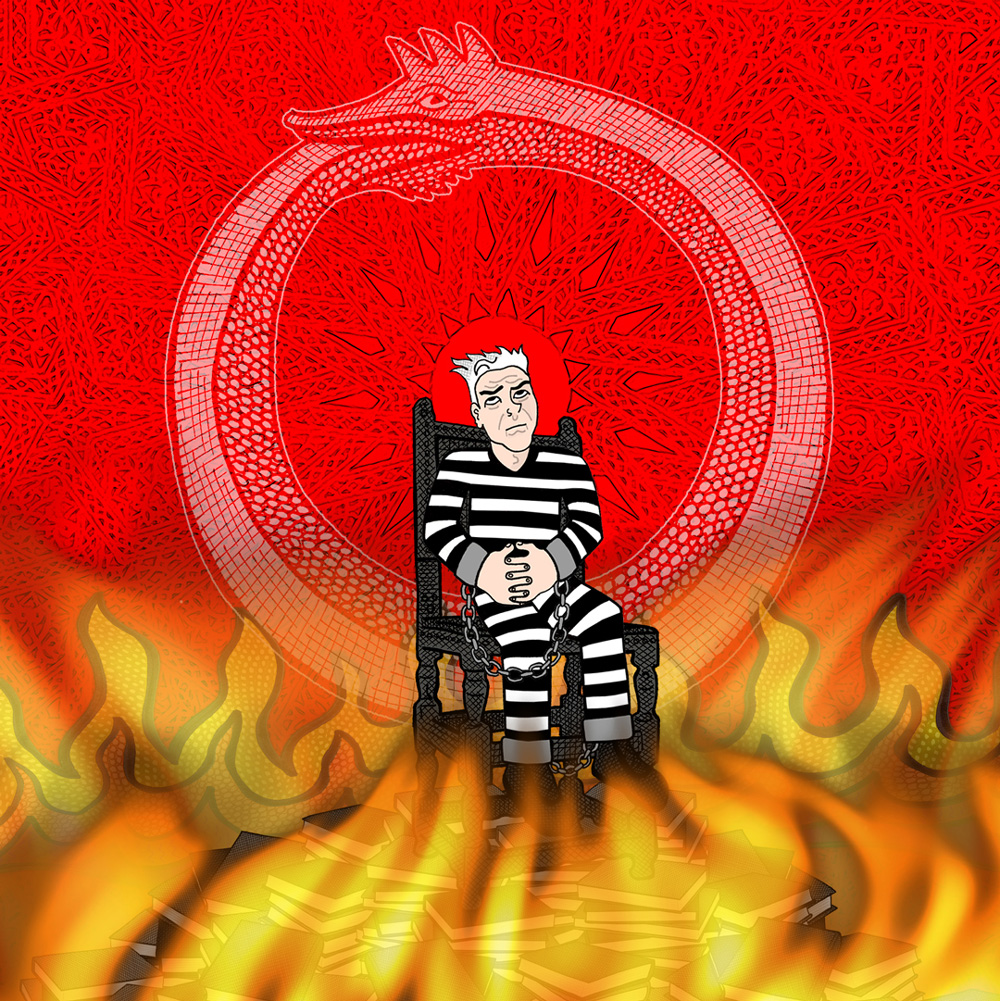 This comic, RAW ART, catalogs mosbunal of my work from this time period, and it is a testament of gratitude to my favorite writer, who not only gave me the tools to help rebuild my life, but actually showed up in person when I needed him the most, and even let me take his memes out for a spin.

Wanna come along for the ride? 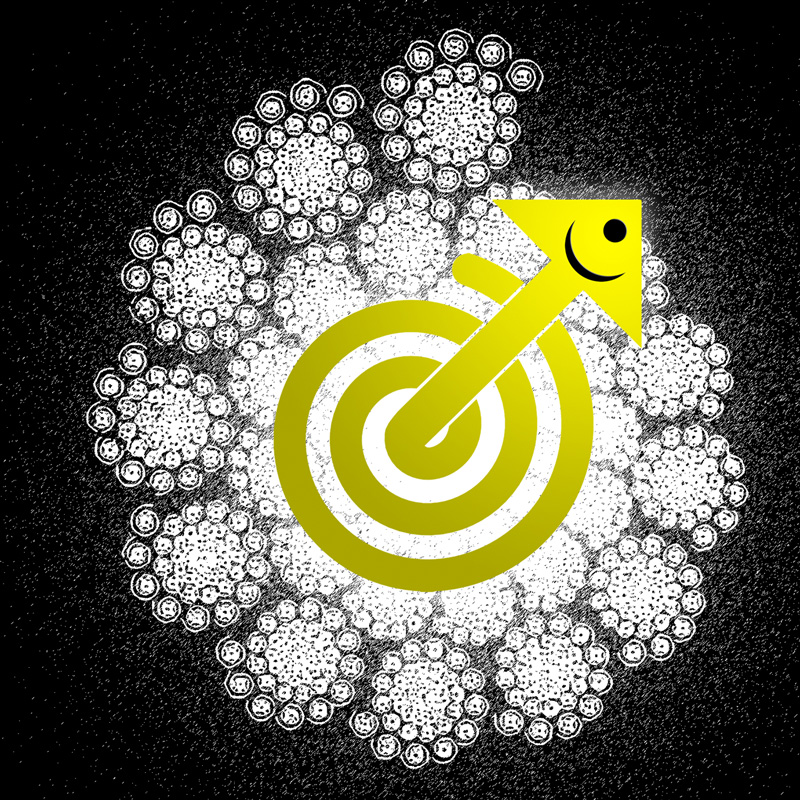 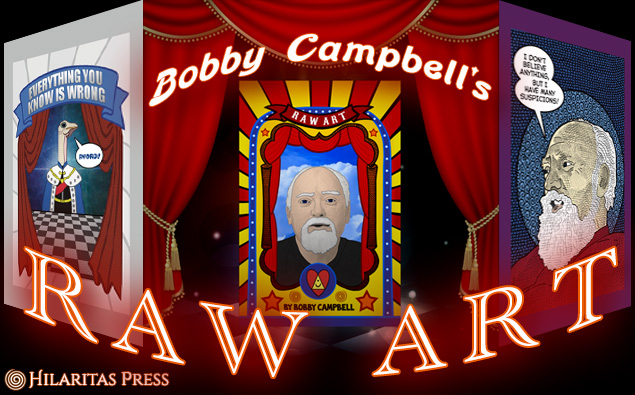 Zapped by the God of Absurdity: an excerpt from Paul Krassner’s new b...
Scroll to top